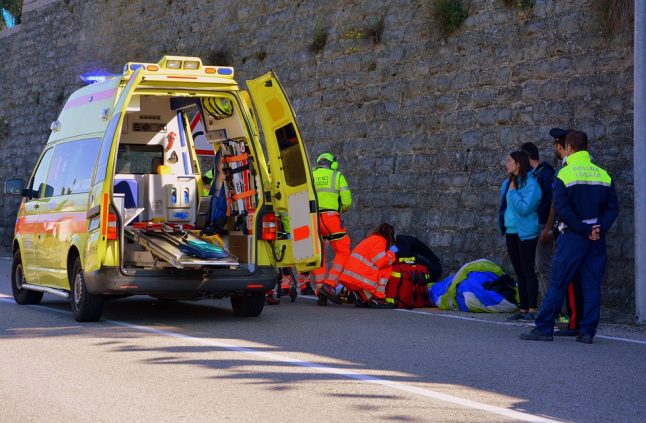 Three elderly people have died in Bresso, a town 20 minutes north of Milan in the Lombardy region, from infection by Legionella pneumophila bacteria, local authorities have said.

“The latest data tells us that 26 people living in Bresso in the last 12-13 days have contracted the bacteria, of which three unfortunately have lost their lives,” the local authority announced.

The mayor of Bresso, Simone Cairo, stated at a press conference today that “cases have a prevalent but not exclusive geographical distribution” in the area.

“The situation is under my control. All the authorities that had to take action have been activated”: Cairo said.

A public health task force has been dispatched to take water samples in homes and in the public water aqueduct in the town, Giulio Gallera, Lombardy Regional Council member for Welfare, said in a statement.

Regional authorities are “constantly monitoring the situation without leaving anything to chance,” he said.

In the first round of water checks ordered in the town, two samples of water have tested positive for the disease; one taken from the home of an infected person, and another from a public fountain, Ansa reports.

Cairo adopted a series of precautions in Bresso after the three deaths. All three victims were reportedly elderly residents of the town’s historic centre.

He has so far closed four public fountains as well as a garden visited every day by one of the victims. After tests on public water aqueducts proved negative, he has also ordered new “tests and surveys in collaboration to test the air” and requested sanitation at the Red Cross migrant reception center, the municipal swimming pool and the sports centre.

The situation is much worse than the last time the bacteria was detected in the region four years ago. Nine cases were detected between January and September 2014.

The Legionella bacteria can cause illnesses ranging from a mild fever to fatal pneumonia and multiple organ failure, known as Legionnaire's disease.

It lives and grows in water, including rivers, lakes, pipes, and air conditioning systems, at temperatures of 20 to 50 degrees Celsius, according to the World Health Organisation (WHO).

Italy has the highest number of cases of Legionella bacterium infections in Europe, according to the most recent annual report by the European Centre for Disease Control (ECDC). About 70 percent of European cases are detected in four countries: Germany, France, Italy and Spain.

The number of detected cases is constantly rising across the continent, and the report says contributing factors include better surveillance, population aging, increased travel and climate change.

In Europe, Australia and the United States there are some 10-15 cases of Legionella infection detected per million people every year.

The most frequent complications of Legionnaires' disease are respiratory failure, shock and acute kidney and multi-organ failure. There is no vaccine, and recovery always requires antibiotic treatment, according to the WHO.