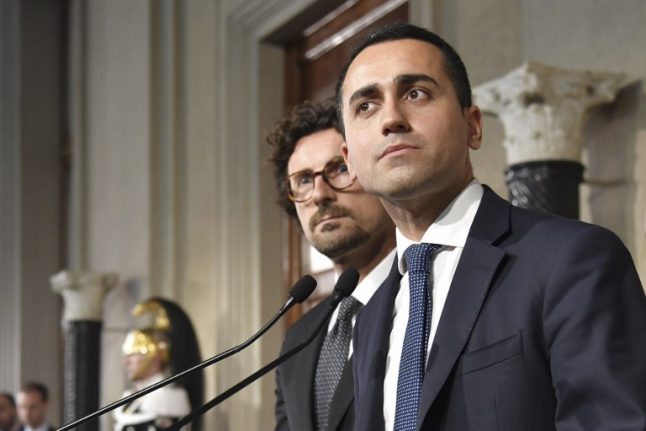 “We have decided that Tav needs to be reviewed,” Deputy Prime Minister Luigi Di Maio, who also serves as industry minister, said in a TV interview.

He said construction work on the 270-km (167-mile) high-speed line would have to be stopped because of continued opposition from people living in areas affected by the plans.

Residents of Italy’s picturesque alpine Susa valley have repeatedly protested against Tav, saying it would cut through the heart of their community and destroy stunning countryside.

He also said the project, which was thought up 30 years ago, was now “obsolete.”

Di Maio is also head of the Five Star movement, whose election campaign included promises to scrap the Tav project.

Tav was expected to cost €9.6 billion, but Toninelli said the latest estimates gave it a €26.1 billion price tag. The cost would be shared between Italy, France and Europe, as the line would form part of a much bigger European rail link project.

But Italy’s government is deeply divided over the Tav project. While Five Star continues to back the cause, their government coalition partner, the League, has defended the project, saying it will help develop the Italian economy.

Deputy Prime Minister Matteo Salvini stated on Friday that he thinks the work should go ahead, and League senator Armando Siri, who came up with the party’s flagship flat tax proposal, defended the Tav project in an interview today.

“We’ve never discussed putting a stop to the Tav. We’re talking about re-discussing the project,” he said in an interview with Quotidiano.

“This is not a peripheral work, but part of a European transport corridor and, if we do not, we risk cutting off Italy from the links strategic to the west. Everything can be improved, but I fear that a stop will bring more costs than benefits: the country cannot be cut off from the development of the continent.”