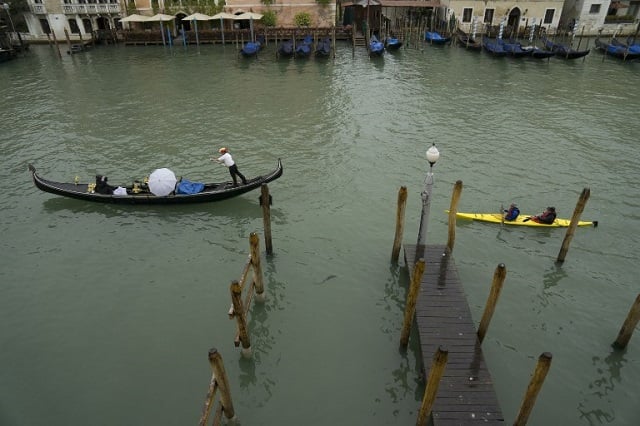 Watercraft owned by residents of Venice's historic centre or by companies regulated by the local authority are exempt from the ban, including the city's iconic gondolas and other traditional Venetian boats, though these are subject to their own regulations.

Rubber dinghies and other inflatables however are entirely banned, even if owned by Venetians.

Until now, canoes and similar boats have been prohibited from use on the city's main waterways during peak traffic hours, between 8am and 3pm on weekdays and 8am to 1pm on Saturdays, but as of August 1st the ban will apply permanently in the busiest areas.

The affected waterways include the Grand Canal, the Cannaregio Canal, and other routes used by Venice's waterborne public transport.

In some more minor waterways, the ban will apply between 7am and 5pm on weekdays and 7am and 3pm on Saturdays, while in the remaining channels of the historic centre, the existing time restrictions will remain in place.

The municipality noted in the order that some exceptions to the rules may be made to accommodate special events.

Regulations on Venice's canal traffic were tightened following the death in 2013 of a German tourist, when a ferry crashed into the gondola he was riding with his family.