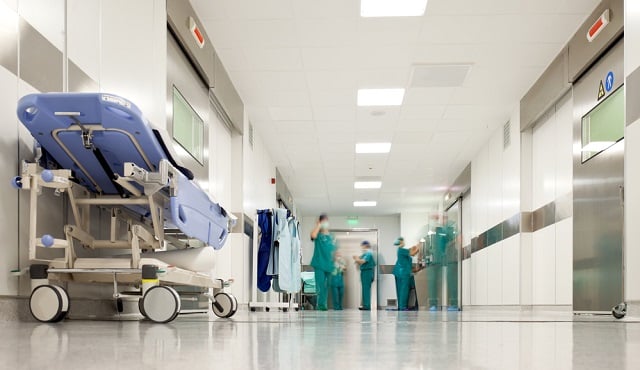 File photo of a hospital: vilevi/Depositphotos

The children were born in May and June, and died in a neonatal intensive care unit around a month after their birth.They had been born and received initial treatment in two different hospitals and were transferred to the neonatal unit at the Papa Giovanni XXIII hospital after being diagnosed with whooping cough.

Lombardy's Councillor for Welfare, Giulio Gallera, confirmed that the two cases occurred at different times and geographical locations, but said: “There is no outbreak [of the disease] in the Bergamo area. The only protection remains the vaccination of mothers.”

He said that an already planned campaign would begin next week in Bergamo to raise awareness of the recommended vaccines for pregnant women, which include the whooping cough vaccine.

Neither of their mothers had had difficulties during their pregnancy or childbirth, but neither had been vaccinated against the disease, l'Eco di Bergamo reported. Tests showed that the women had also suffered from whooping cough which had not been diagnosed — in adults, the symptoms of the disease can be similar to those of a common cold or flu virus.

The whooping cough innoculation was also among ten made compulsory for Italian children starting at a state school in a controversial law passed last year.

READ ALSO: Child's tetanus case is the first in Italy in 30 years

Parents had been set a July deadline to supply schools with doctor's notes proving the vaccination, but the new health minister said that a confirmation from parents would be sufficient.

This raised concerns from some, including Italy's National Health Institute, that it would be impossible to prove the children had received the innoculation, but Health Minister Giulia Grillo stressed that parents should not make false declarations.