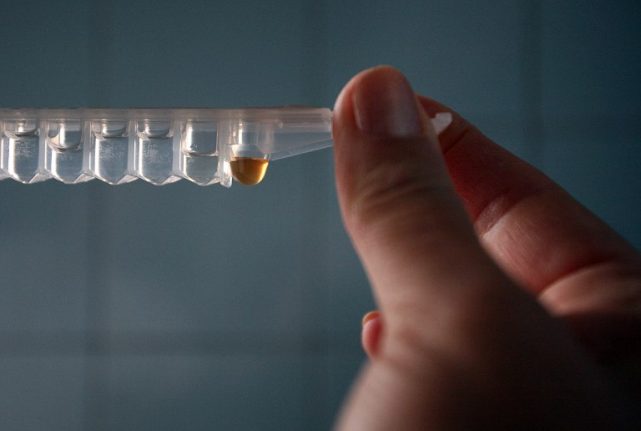 Measles vaccinations will no longer be compulsory in Italy. Photo: Valentina Pterova/AFP

The amendment, passed by 148 to 110 votes, will not become law in time for the new school year as it still needs to pass the lower house after the parliamentary recess, Repubblica reports.

The law compelling children to have 10 vaccinations in order to enrol at state schools came into effect in March, created by the previous government after a surge in the number of measles cases in Italy.

Under the decree, which sparked heated public debate when it took effect six months ago, children cannot enrol in a creche or kindergarten unless they have been vaccinated against measles as well as nine other diseases.

Parents of unvaccinated children aged between six and 16 faced fines of up to €500. Previously only four vaccines – not including measles – were mandatory.

But the Five Star Movement and the League, which formed the new ruling coalition two months ago, both pledged during the election campaign to scrap the vaccination law.

Northern League leader Matteo Salvini has opposed the decree from the start, saying that while he had his own children vaccinated he believed the shots should be optional.

Critics say the new government is eroding faith in science, and nine Italian regional administrations that oppose the repeal have said they intend to appeal to the constitutional court or create their own laws to reinstate compulsory vaccines.

Meanwhile other European countries such as France and Germany have been strengthening their own vaccine regulations.

Italian perception of the safety of vaccinations is heavily influenced by now-discredited claims of a connection between the combined measles, mumps and rubella (MMR) jab and autism.

In a high-profile case in 2012, a court in Rimini awarded compensation to the family of an autistic child after ruling that the child’s autism had probably been caused by the MMR jab. The judgment was overturned on appeal three years later.

Low levels of vaccination in the country are also influenced by popular mistrust of mainstream politicians and experts.