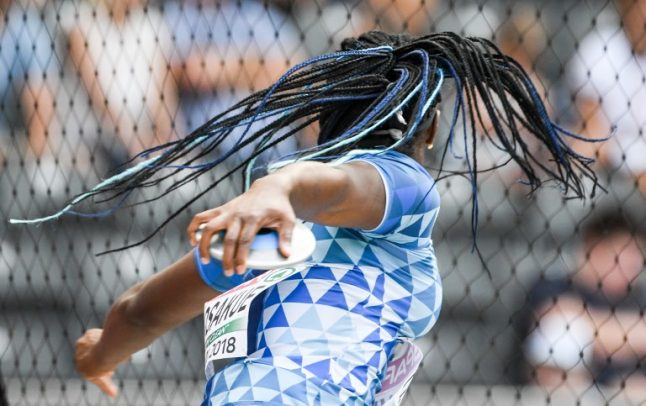 The 22-year-old Italian-born athlete from Turin, whose parents are Nigerian, will represent Italy in the discus-throwing finals at the Olympic stadium after she qualified on her second attempt yesterday with a throw of 58.73 metres.

“For me the finals were a dream, this championship’s off to a great start. After everything that’s happened I told myself it’s do or die,” she told Rai Sport.

Osakue was hit in the eye by an egg thrown from a car as she walking down a street in Turin the night of July 29 to July 30, leaving her injured and unable to train before leaving for Germany.

The perpetrators were later identified as Fabio Montalbetti, Matteo Pirovano, and Federico De Pascali, aged between 19 and 20, the last of whom is the son of Vinovo Democratic Party councillor Roberto De Pascali. They have been charged with causing injury and failing to render aid.

The men claimed the attack was a prank and not racially motivated, and it later transpired that the vehicle had been reported on three previous occasions for similar attacks, all against white victims.

It set off a national debate in Italy, where an increase in the number of racist incidents reported to the police suggests racism is on the rise.

This is the third time Osakue is representing Italy in an athletics competition, and her first European championship.

“It’s the cherry on top of the cake, just what I needed to forget what happened,” the 22-year-old said.