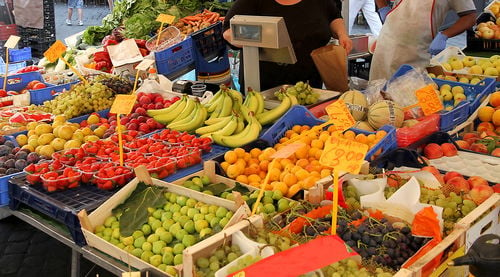 Angelo and Giuseppe Ingrassia, both 61 years of age, had strong ties to the Cosa Nostra and exercised hidden control over the sale of fruit and vegetables in the market on Via Montepellegrino on behalf of the Galatolo clan, working through nominee directors, the DIA’s investigations found.

The pair used the services of the cooperative Carovana Santa Rosalia to secretly control road transport of the agricultural goods to and from western Sicily and the main supply centers, manage internal trading activities, and fix the price of the products sold in the market, creating an illegal monopoly, reports Palermo Today.

According to Ansa the goods confiscated by the police include a number of real estate assets including buildings, apartments, land, shops, and warehouses, as well as trucks, cars and motorcycles, company shares, and various banking and financial products.

The scam was originally exposed by the DIA’s investigations in 2014, but permission to confiscate the assets, requested by the DIA's director, was granted by the Prevention Measures Section of the Court of Palermo just this morning.

The judge in charge of the case also ordered that Giuseppe Ingrassia be placed under surveillance for the next four years, as he is considered to be a potential danger to society.

The confiscation comes just four days after the DIA confiscated 400 million euros from former Sicilian regional deputy Giuseppe Acanto, who was found to have ties with top-level members of the Cosa Nostra.