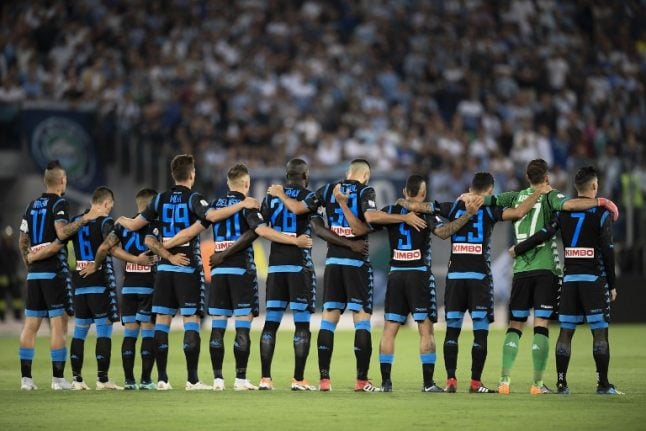 All 20 of Italy's top-tier football teams will take to the the pitch on the weekend with a special message for the victims of the Morandi Bridge disaster. Rather than their standard team jerseys, the players will wear special shirts emblazoned with the message 'Genova nel cuore' (Genoa in the, or our, heart). Match officials will also display the message on their uniforms.

Italy's Seria A organizers have also announced a financial contribution will be made to help the afflicted Ligurian city.

“As a sign of participation and in solidarity with the victims of the drama in Genoa, the Serie A League will establish, as already announced, a fund that will be allocated to the needs of the Genoese population, in agreement with the city authorities,” president of Lega Seria A, the league's organizer, wrote in a statement.

“I am thankful for this initiative which has great significance for us,” said the mayor of Genoa, Marco Bucci, cited in the statement.

“It moves us to feel so much solidarity coming from so many parts. It is comforting, helps us to go forward with courage and determination, and above all, it is good for the soul of this city,” added Bucci.

The governor of the Ligurian region, of which Genoa is the capital, called it “a beautiful gesture that shows how close the football world is to Genoa.”

“Genoa is in the hearts of everybody,” added President of Liguria Giovanni Toti, according to the Seria A statement.

Seria A clubs held a minute's silence in remembrance of the Genoa victims before the season debut round of matches last weekend. Last weekend's scheduled matches featuring Genoa-based clubs Sampdoria and Genoa were postponed.