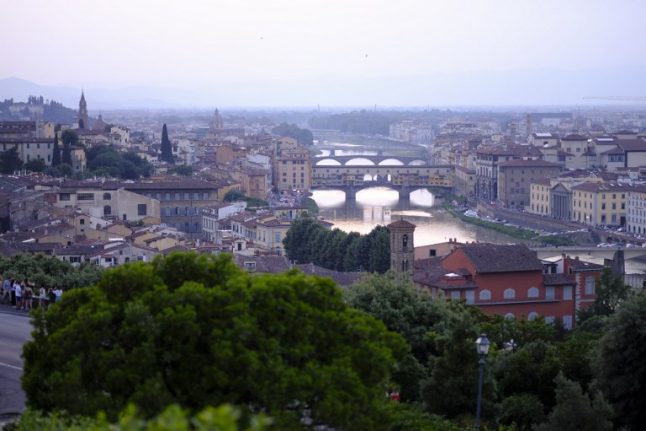 Between October 1st and June 30th, 478 residents – 71 in the Unesco-protected historic centre, 209 in other central areas and 198 in the wider city limits – said they were forced to leave their permanent homes to make way for visitors, according to the Florence branch of the national union of tenants, Sunia.

And in the 12 months before June 30th, 242 people were evicted “without even a few days to settle accounts” after falling behind on rent hiked by owners who flatly stated they preferred to let out the property to tourists, the union's Florence president, Laura Grande, told La Nazione.

Sunia has previously estimated that around 1,000 Florentines leave the city centre each year – whether evicted or just priced out – for cheaper properties further away.

With fewer and fewer homes available to rent by people who live in Florence and shops and services closing or moving outside the centre to make way for hotels and restaurants, the association claims that the city centre is becoming “a Renaissance Disneyland”. One in five of all properties in the historic heart of the city is thought to be rented out on Airbnb, according to researchers at the University of Siena. Its Laboratory of Socio-Geographical Research (Ladest) calculates that, in 2017, nearly 8,000 properties – 21.4 percent of all housing in the historic centre – were advertized on the holiday rental service for the exclusive use of tourists.

That percentage is the highest in Italy. (While more properties are advertized as holiday lets in Rome and Milan, they make up a smaller portion of the total housing available.) In fact, international studies have found that only Paris has a higher rate of Airbnb properties compared to the number of permanent residents.

While authorities in Florence and other cities have mooted possible measures to regulate short-term rentals and protect residents, Italy has so far held off introducing strict restrictions of the kind in place in Germany and Spain, where zoning rules, time limits and licences have all but outlawed Airbnb-style renting in certain cities.

Last year Florence increased the “tourist tax” payable by visitors staying in Airbnbs from €1.50 to €3 a night, as well as getting the site to agree to collect the fee from guests directly at the moment of booking – moves that mean the city of Florence now stands to make more profit than ever from Airbnb hosts.