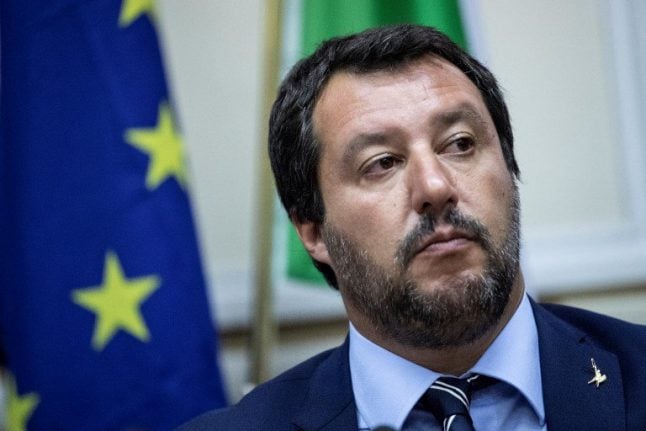 “Matteo exaggerated when he said 500,000 repatriations. The important thing is that more (migrants) don't arrive,” said Giancarlo Giorgetti, a veteran senior the League figure and current Undersecretary of State at the Presidency of the Council of Ministers.

Italian Interior Minister Matteo Salvini had campaigned before the 2018 election with the pledge to repatriate 500,000 migrants in Italy to their home nations.

The League faces a difficult period ahead. The former separatist party's leader, Italian Interior Minister Matteo Salvini, faces potential legal difficulties following charges of illegal detention of 177 migrants on board the Diciotti Italian coast guard ship this month. The charges relate to a possible violation of article 5 of the European Convention on the Protection Human Rights (ECHR), as well as charges under domestic law.

READ ALSO: 'No one lands in Italy without my permission': Salvini resists calls to let rescued migrants disembark

The regional public prosecutor in Agrigento has now passed on the file with the five charges, which include abuse of office, to the state public prosecutor's office in Palermo, reports Repubblica.

In another difficult forthcoming decision for the League party, Italy's Court of Review – an Italian appeals court that also reviews cases where assets have been ordered to be seized – is set to decide on September 5th whether all future donations to the League party should be seized.

Italy's Court of Cassation already ordered that €49 million in funds and assets should be seized from the right-wing political party in connection with the former party leader's convictions for fraud in 2017.

“If the Court of Review confirms the sentence, the party closes on 6th September,” Giorgetti said in an interview with Italian daily Il Fatto Quotidiano. “It is obvious that if the judges decide that way on September 5th, we are finished as a party,” he added. Umberto Bossi, the League's founder and former leader, was convicted of fraud in 2017. Photo: Marco Bertorello/AFP.

READ ALSO: The founder of Italy's Northern League has been convicted of fraud