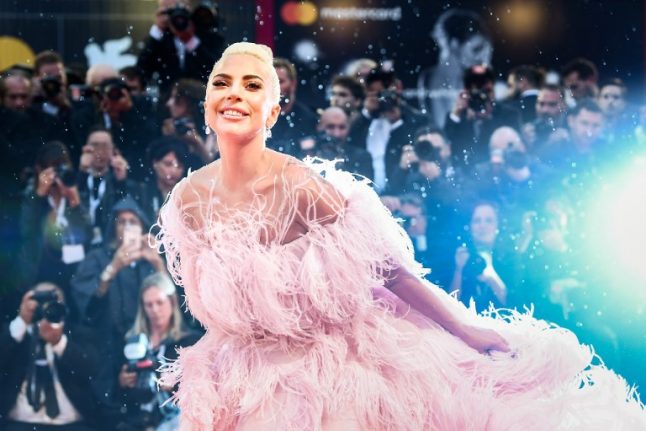 An hour into the screening of “A Star Is Born” late Friday a violent electrical storm rolling across the Venetian lagoon left the cinema in the dark for 20 minutes.

Earlier the superstar made mimed prayers on the red carpet so that she could reach her seat in her fluffy pink Valentino gown without being soaked.

While the gala was something of a washout, the film itself and the singer's performance earnt rapturous reviews.

Variety called the second remake of the 1937 classic “a transcendent Hollywood movie”, heaping praise on Lady Gaga and her co-star Bradley Cooper, who also directed the film.

Critic Owen Gleiberman hailed as “luminous” its story of a waitress who climbs to fame after falling in love with an alcoholic country singer on the slide.

He said Gaga's “ebullient and winningly direct performance never lets her own star quality get in the way of the character.”

The talented “ugly” girl who thinks her nose is too big and hides behind layers of outrageous makeup when she goes on stage, had obvious autobiographical echoes for the US star.

Lady Gaga told reporters she “always dreamed of being an actor”, and channelled her own difficult early experiences in the music business into her performance.

And it clearly worked.

The Hollywood Reporter declared it a “captivating debut in a big-screen leading role”.

“There's a lot to love in Bradley Cooper's” film, it added, even if “at times it becomes pedestrian as it follows her conquest of superstardom”.