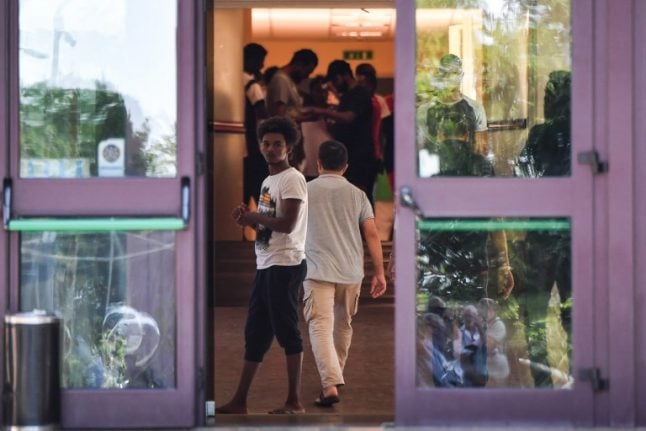 These migrants “were so in need of protection, a roof and a blanket that they decided to leave and disappear,” Salvini said on Facebook.

“This is the umpteenth confirmation that those who arrive in Italy are not skeletons fleeing war and famine,” he claimed.

The migrants were picked up by the Diciotti coastguard ship on the night of August 15th and were left stranded at sea for ten days as Salvini refused to allow the vessel to dock in an Italian port. The interior minister, who heads the anti-immigration League party, finally relented after Ireland, Albania and the Italian Catholic church agreed to lake most of them in.

The head of Catholic charity Caritas, which was hosting the migrants at its Rocca di Papa reception centre south of Rome, said it was a “voluntary departure”.

The group was not in detention, Father Francesco Soddu told Ansa news agency, and suggested that they may be trying to reach other countries in Europe.

“No one wants to stay in Italy, that's well known,” he said.

Most of those aboard the Diciotti were Eritreans, along with a small number of Somalians, Syrians, Sudanese and Comorans.

Since the start of the year, 3,000 migrants from the former Italian colony of Eritrea have arrived in Italy but fewer than a thousand have applied for asylum, according to interior ministry figures.

Many Eritreans prefer to continue by land to Germany, Sweden or Britain, despite heavy controls at the French, Swiss and Austrian borders, as well as the EU's Dublin regulations under which a migrant can only make an asylum claim in the first European country they reach.

The Rocca di Papa centre found itself the focus of protests after the deal to take in the Diciotti migrants was announced, with neofascist group Casapound calling a rally to coincide with their arrival last week. They were met by a counter-demostration by pro-migrant activists.