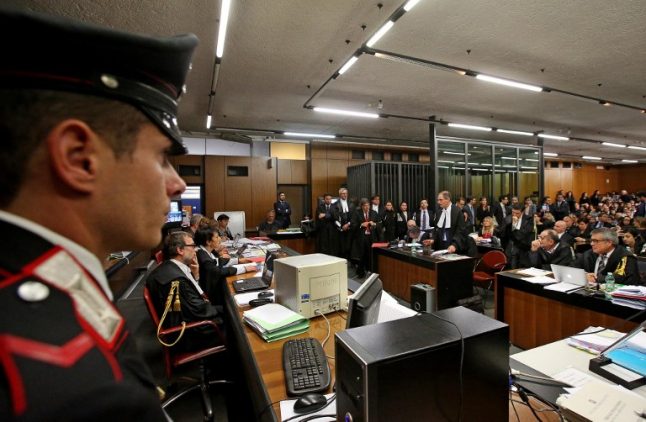 The sentence of Massimo Carminati, 60, a one-eyed gangster with a history of ties to violent far-right groups, was reduced from 20 to 14-and-a-half years, while that of his right-hand man Salvatore Buzzi was shaved from 19 years to 18 years and four months.

The men were accused with 44 others of operating a “mafia-style” network that used extortion, fraud and theft to divert millions of euros destined for public services into their own pockets.

The media had dubbed the scandal, which led to a 20-month trial in the capital's Rebibbia high-security prison that ended in July 2017, “Mafia Capitale“.

The appeals court did not provide details on its decision, but normally does so within three months.

Carminati, who lost an eye in a 1981 gunfight with police, was given a 10-year prison term in 1998 for membership of the Banda della Magliana, a criminal crew that ruled Rome's underworld in the 1970s and 1980s.

Buzzi, for his part, received a 30-year prison sentence in 1983 for the murder of an accomplice in a forged cheque racket. He served only six years after pursuing his education and successfully portraying himself as a reformed character.