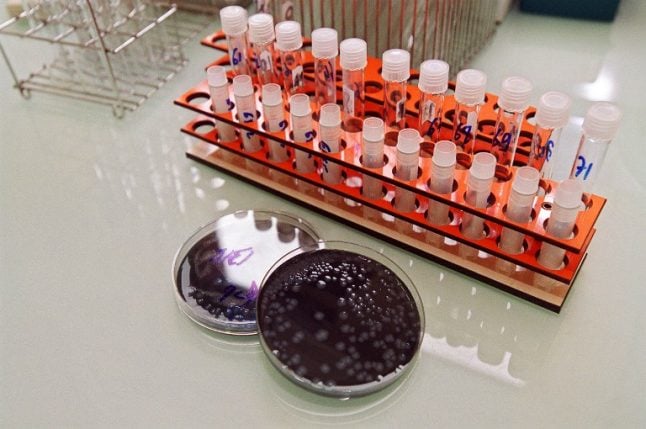 Colonies of legionella, the bacteria that causes Legionnaires' disease and other illnesses. Photo: Pierre-Franck Colombier/AFP

The bacteria, which is typically transmitted to humans by inhaling contaminated water, was present in one of two people who have died of pneumonia-like symptoms in the northern province in little over a week, according to regional councillor Giulio Gallera.

A 29-year-old man with legionella in his system is currently in intensive care, Gallera said.

As of Monday night 235 people had sought emergency treatment for suspected pneumonia, and 196 were in hospital. Another 12 refused admission or have been discharged.

But according to Gallera reports of new cases have dropped off, leading authorities to believe that the worst of the outbreak is over.

“There is no reason to close schools or not to drink tap water,” he assured, adding that most of the patients affected were either elderly or had weakened immune systems.

Separately, a suspected legionella infection was reported on Tuesday in Turin, where a woman in her 60s and suffering from other health problems died in hospital with symptoms of pneumonia. Health authorities are investigating, according to Ansa, which reports that she may have picked up the bacteria while on holiday at the coast.