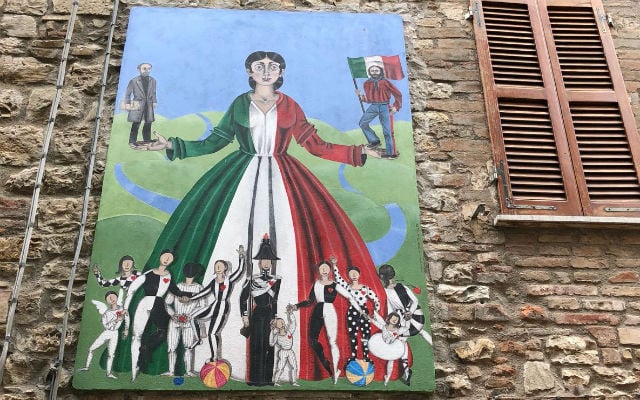 It's the land of Leonardo da Vinci, Botticelli and Michelangelo. Yet beyond the walls of Italy's majestic galleries in cities like Rome, Florence and Venice lie art labyrinths that blend into the exterior facades of several historic towns.

Once upon a time, art was confined to canvasses, church frescos and the palaces of the rich and powerful. But since the 1950s, several Italian towns have embraced art on their streets, making a name for themselves as open air galleries hosting dozens of painted murals.

Here are five Italian towns where art blossoms besides architecture and tradition.

Nestled high into the sinuous mountains near the east coast of Sardinia, Orgosolo is the most edgy of Italy's painted towns.

In the late 1960s, an Italian anarchist movement gave birth to street art activity in the town, painting stories of the local farmers' battles against a brutal feudal system on the walls of the historic centre. Today, the city is a gallery of liberation murals, protest pieces, peace motifs and a visual history of Sardinian struggles against foreign occupation.

A shepherd is depicted raising his fist and weapon in protest on a mural in Orgosolo. Photo: Alex Macbeth.

In the village once home to famous bandits, the local shopkeepers welcome tourists into their stores singing Sardinian folk tales. Some 15 miles south of the town of Nuoro, the landscape of Orgosolo was made famous by Nobel laureate Deledda's novel Doves and Hawks.

Political murals on the walls of Orgosolo. Photo: Alex Macbeth.

Since the 1960s, Dozza hosts the Painted Walls Biennale (the next one is in 2019) and the village near Bologna is a celebration of the hundreds of artists who over time have made its walls famous.

The village of less than 6,000 inhabitants hosts some of the best street art in Italy and has become a haven for art lovers who flock to see archways, windows, facades and doors coated in surrealism, magic realism and local folktales. Since then dozens of other artists have continued the tradition. Mugnano's walls bear testimony to local history but also a global outlook. One mural depicts the local Christian saint St Francis of Assisi; another pays homage to a grain protest by farmers against Mussolini's grain quotas. Yet another celebrates Italy's unification in 1861. 'Memories of the Past.' Mugnano. Photo: Alex Macbeth.

Artists from all over the world, including Japan, Sweden and Argentina, have made the town's historical centre an off the beaten track art gem in the last 35 years.

In the 1950s, the local community and tourism board in this mountain village below the south shore of Lake Maggiore in Lombardy decided to invite artists to paint its streets. They couldn't have expected that six decades later tourists would still flock to its walls to witness the outcome.

The art in Arcumeggia's streets, a hub for curious art aficionados, celebrates local, national and international traditions, from religious motifs to murals that engage with Italy's history of migration. Even the EU gets a mention.

The inhabitants just about outnumber the murals in this tiny village near Monte San Vicino in the region of Le Marche. In 2001, students from a local art school began painting murals in the town. Since then approximately 60 murals have found a home on the quaint village's walls, with international artists constantly adding to the outdoor catalogue.

Many of the murals depict nature and rural life blending seamlessly into the local architecture.

Wolves, trees and the moon adorn the exterior walls of houses in Braccano. Other facades in the village display local wines, music and mosaics. 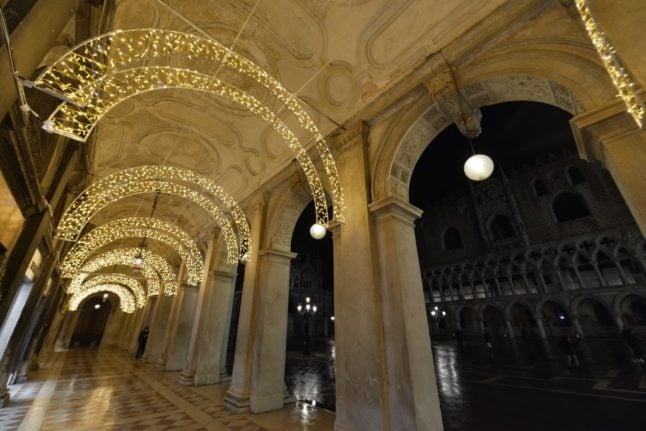