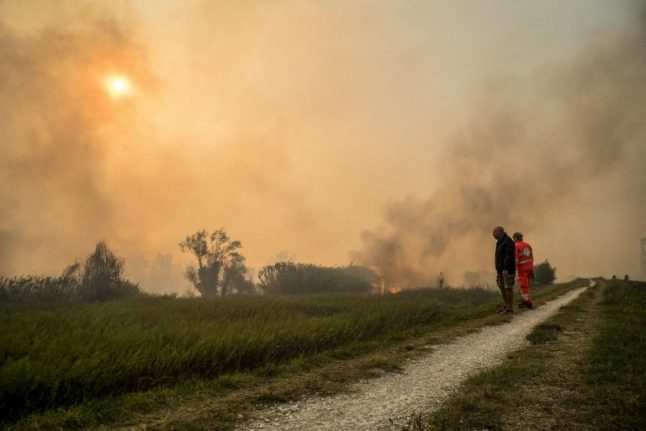 Some 700 people had been evacuated from the area around Monte Serra by Wednesday morning, as firefighters battled to get the flames under control amid strong winds.

The fact that the blaze broke out at night when temperatures were low is considered suspicious; Pisa fire service captain Ugo D'Anna has said that the fire was “almost certainly” started by a deliberate act. No one is reported hurt in the fire, which started at around 10pm on Monday, though three people suffered from smoke inhalation.

Most of the damage is to property and farmland: at least 600 hectares of woodland, olive groves and vineyards are thought to have been destroyed, while the flames also reached some houses and cars.

“It was an apocalyptic scene,” one evacuee told Ansa news agency. “I hope this fire was caused by carelessness because I can't believe that anyone would be so wicked and twisted [as to start it deliberately].”

The region of Tuscany has declared a state of emergency, several communities ordered schools shut and Pisa airport remains closed to allow aircraft to dump water on the fire from above.

Some 500 people, including volunteers and firefighters from other regions, are involved in the emergency response.