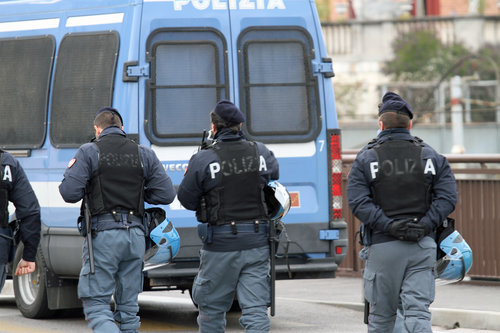 The students, aged between 22 and 23 years old, whose names have not yet been released to the public, are believed to be behind several violent assaults on migrants around the town of Frosinone, reports La Repubblica.

An eight-month investigation conducted by the Italian police force’s General Investigations and Special Operations Division and the Frosinone mobile police squad identified at least seven acts of racial aggression thought to have been committed by the students, including threats, assaults, and attacks with stones and other missiles against migrant reception centres in the Frosinone province.

A late-night police raid on the students’ houses Tuesday uncovered weapons including knives, baseball bats, bullets, a 9-caliber pistol, a rifle, and a toy gun, along with white supremacist propaganda material from the neofacist group “Student Block” (Blocco studentesco) which operates in schools and universities across Italy.

Police also searched the houses for explosive materials, as several of the attacks involved paper bombs, but did not find any trace of the substances. The students' cell phones and computers were also seized.

The potential charges include incitement to commit crimes for reasons of racial, ethnic, and religious discrimination, threats, stalking, personal injury, and damage.

Two of the students have reportedly denied all charges through their lawyers, according to TPI News.