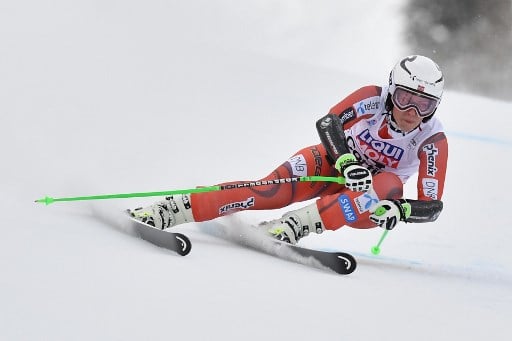 The country has chosen to put in a dual bid this year from both Milan in the region of Lombardy and the Alpine town of Cortina d'Ampezzo in the neighbouring Veneto region.

The head of Italy’s Olympic Committee (CONI), Giovanni Malagò, officially confirmed to Lombardy and Veneto governors Attilo Fontana and Luca Zaia that he had signed the application papers early Monday.

Fontana made the announcement during a meeting of his regional council the same day.

“It is news that we expected – we are very happy and we will start working hard to make an application that will be approved by the International Olympics Committee,” he said.

One person who wasn’t so happy to receive the news was Turin mayor Chiara Appendino.

“This candidacy is incomprehensible for us,” she told reporters at a press conference in Turin’s Chamber of Commerce.

“They are going to have to build facilities where there are none – Turin was the least expensive option and whoever takes on this decision is going to have to explain themselves to the country.”

“Turin's candidacy is still in play,” she insisted.

CONI had initially planned to put in a three-city bid with Milan, Cortina, and Turin, but dropped Turin from the process in September due to in-fighting over leadership of the bid, according to the Associated Press.

In response to reporters' questions about how Italy would come up with the funds necessary to finance the event, an elated Fontana said “Let's start by winning, then we'll talk about it. The funds are not the main problem, that can be solved.”

Some sceptics have, however, noted that Veneto previously had to drop its candidacy to host the 2020 Cycling World Cup because it was unable to guarantee the 6 million euros needed to put together the event, according to La Repubblica.