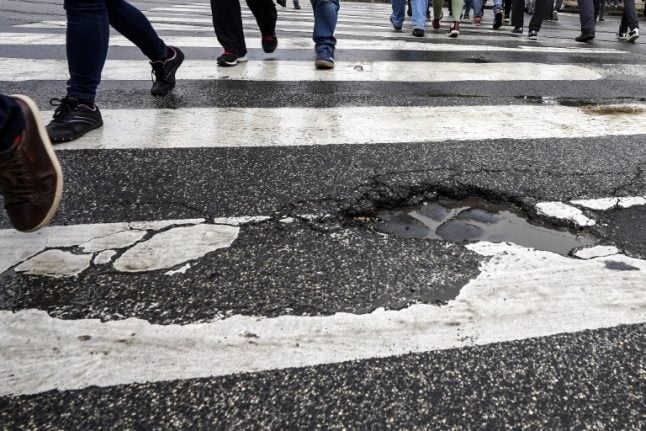 The man, described as a 72-year-old British national resident in Rome, was hit by an SUV on Via Santa Maria in Cosmedin, which leads in front of the Bocca della Verità in the city centre. He died at the scene, Ansa reported, while a woman accompanying him was taken to hospital in a serious condition.

The pair were crossing a bus lane when the car – which according to Ansa had a permit to drive in the restricted lane – crashed into them, dragging the man several metres down the street.

Police ordered drug and alcohol tests on the driver, who could face charges of vehicular homicide if he is found to be responsible for the accident.

The incident came a day after another pedestrian was killed in the heart of the capital. On Saturday morning an Italian man in his 50s was fatally hit by a tour bus in the middle of a zebra crossing on Via Cavour, between the Colosseum and Termini central station.

Police are still investigating what caused the accident: the driver tested negative for drugs or alcohol, leading investigators to consider the possibility that he was suddenly taken ill, made a mistake or that the bus had a technical failure.

READ ALSO: The ultimate guide to the insanity of driving in Italy The previous weekend saw an 83-year-old woman struck by a car outside a school in the south of Rome, and a 27-year-old Chinese woman hit by a BMW late at night on a street in the east of the capital. Both victims died of their injuries in hospital last Monday, local newspaper Roma Today reported.

In addition, another five people were injured – two seriously – in traffic accidents in Rome last week, including a woman and 9-month-old baby hit by a motorbike, and a young Nigerian man struck by a hit-and-run driver in a stolen car who fled the scene on foot. Three of the collisions took place within a single half hour, according to Roma Today.

While not all the causes of these latest accidents are known, Italian consumer association Codacons has suggested that Rome's run-down road signs could be a factor in at least some collisions.

“We have long denounced the crumbling state of the capital's pedestrian crossings, the scene of several tragic incidents,” commented Codacons president Carlo Rienzi. “The stripes on Roman roads are often discoloured and neglected to the point of being invisible to drivers and motorcyclists. The poor visibility of zebra crossings increases the number of accidents and even fatal collisions.”

Rome was recently classed among the most dangerous big cities in Europe for non-drivers, with 47 pedestrians and 25 cyclists killed in 2016. According to a Greenpeace ranking of 13 European capitals, Rome has an exceptionally high ratio of motorists to pedestrians and bikers – as well as streets that are in a chronic state of disrepair.