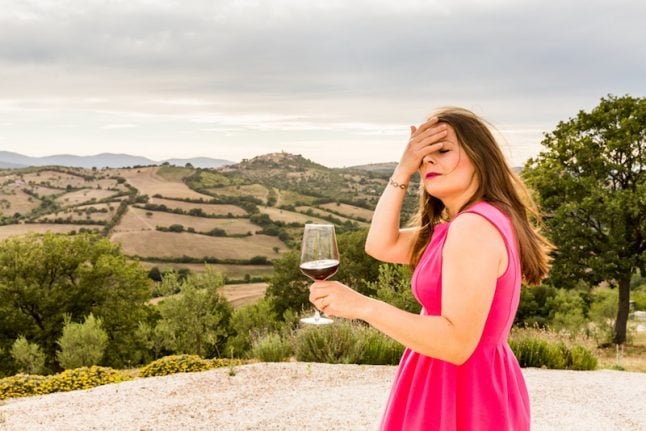 This is terrible. Honestly. Photo: DepositPhotos

You might be under the impression that life in Italy is one endless dream involving change-your-life pizza, handsome strangers and late-night vespa rides through cobbled piazzas.

Do not believe the hype… and definitely don’t bother booking a plane ticket. Here are 15 reasons to stay away altogether.

While the rest of the world has realized that supersized, syrup-laden coffee with sprinkles, toppings and other calorific additions is the future, Italy is stuck in the old days. Here, coffee comes short, strong and unadulterated by additives and accompaniments. Plus, it costs around €1 – what a rip off.

Outside Italy, dining is simple. Fancy a cappuccino after midday? No problem. Want parmesan on your seafood pasta? Sprinkle with wild abandon. Pineapple on pizza? Go wild. Break these sacred food rules in Italy, however, and you’ll be committing a mortal sin.

All those ancient ruins lying around

From imposing amphitheatres to grandiose villas and temples, and even the ruins of entire towns, the Bel Paese is littered with ancient sites. Who wants so much history on their doorstep like that? You could trip over that. Why hasn't anyone cleared all this old stuff away? Photo: Iudovic Marin/AFP

Taking a month-long vacation in August is practically mandatory for Italians and many escape the rat race by heading to the beach for sun, sand and sea on repeat. Sounds exhausting.

Traditional Italian lunches can be a long, drawn-out affair with multiple courses involving platters of cured meats, cooked vegetables and at least one type of pasta.

Even pencil pushers get out the office, forget about work and enjoy a plate of something nutritious. Other countries waste much less time: in Britain, for example, the average lunch break for office workers is an efficient 28 minutes, leaving more time to file those all-important reports.

While a handshake, nod or maybe even the briefest moment of eye contact might be the normal greeting for us Brits, Italians are more likely to greet people with a smile, hug or friendly kiss. What are they trying to hide with such open affection? What's a reserved foreigner to do when confronted with Italy's public displays of affection? Photo: Andreas Solaro/AFP

Sticking to what's in season

Italy’s markets are lively, colourful and packed with the freshest fruit and vegetables, much of which is grown locally and often sourced from the same trusted producers year after year. Trouble is, I want strawberries in December and I don’t care how many food miles it takes.

Italy’s artistic heritage is vast. The Birth of Venus by Botticelli, Da Vinci’s Last Supper and Michelangelo’s Sistine Chapel are just a few of the thousands of masterpieces on display.

Take care though; overdosing on art can bring on the psychosomatic disorder Florence Syndrome, which results in rapid heartbeat, dizziness and fainting. Italy's art is so overwhelming it has a syndrome named after it. Photo: AFP

From drivers honking their horns at every car and pedestrian that happens to cross their path to the local barista shouting out the orders across a crowded bar, Italy is a chaotic place.

After a short period immersed in the pandemonium, though, other countries start to seem incredibly boring. You’ll also never be able to queue patiently again.

Having to choose between gelato, tiramisù, cannoli and panna cotta is just too difficult. And that’s before you even begin to think about seasonal specialties like panettone at Christmas, colomba at Easter and bignè di San Giuseppe on Father’s Day.

Your waistline will need a miracle, so you’d better start praying now. So much tiramisù, so little time. Photo: Marco Bertorello/AFP

Shortly after any move to Italy, friends and family back home decide they want to experience la dolce vita for themselves – and you’re their ticket in. Expect uninvited guests at your door within about six months.

So much natural beauty it's unfair

The landscape of Italy is as varied as it is beautiful. Verdant countryside, steaming hot springs, gorgeous beaches, snow-capped mountain ranges and even fiery volcanoes dazzle visitors and locals alike. Quite frankly, it ruins you for other countries.

Italy has (mostly) staved off invasion from the likes of McDonalds, KFC and Burger King, meaning diners have to put up with fast food, Italian style – namely, regional recipes and home cooking in a street food setting. Think panini stuffed with local stews or braised veggies, deep-fried goodies like supplì and arancini, or a slice of simple yet satisfying pizza.

Nice, but we know what you really want is a Big Mac and fries. You might have heard that Italians are friendly, generous and hospitable. I’m sorry to tell you that it’s all true. You’ll receive so many invitations to stay at people’s houses or join their entire family for Sunday lunch, despite having just met half an hour ago. It’s literally the worst.

OK, now that’s actually a real headache. I wouldn’t wish an appointment at the questura in mid-August on my worst enemy.

What do you think are the worst things about living in Italy (serious or otherwise)? Let us know by email or in the comments below. 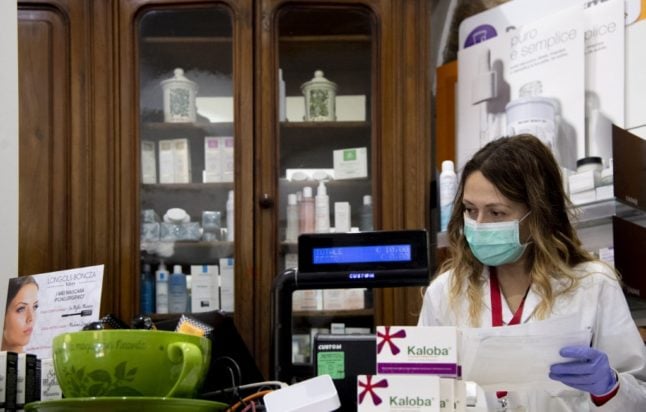 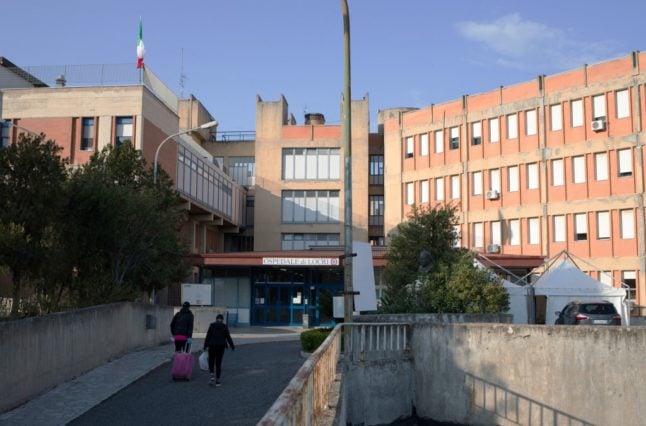 Italians have a sad saying: ‘health is a right in the north, and a hope in the south’.

Despite recent improvements, regional differences in healthcare standards continue to plague the country, telling a ‘tale of two Italies’ with the country divided in half, and featuring a trend of southerners travelling north for treatment.

The south-north healthcare gap of the past has of course significantly shortened. Things are very different now from the days when Turin doctor Carlo Levi wrote ‘Cristo si è fermato ad Eboli’ (Christ stopped at Eboli) in 1945, when he talked about the shock of seeing poor children in Matera, the capital of Basilicata, with flies in their eyes and infections.

Today, Basilicata leads southern regions on healthcare performance. And there are significant differences in standards between southern regions, with Calabria and Molise lagging behind Sicily, Puglia and Campania for treatment and services.

But differences remain, and the pandemic has worsened the outlook according to a recent report by the government’s CNEL agency.

Public healthcare expenditure is at a national average of 1,838 euros per person per year. But the figure is much higher in northern regions than in the south: for example, it’s 2,255 euros in Bolzano versus 1,725 euros in Calabria.

This translates into lower investments in healthcare in the south, ranging from research in medicines and therapies to top doctors and avant-garde treatments. 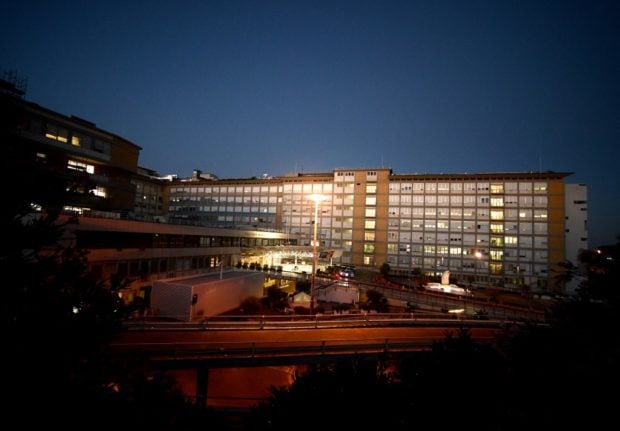 The Policlinico A. Gemelli Hospital in Rome. Italy’s capital is home to several highly-rated hospitals and clinics, but some residents still travel north in search of better or faster treatment. (Photo by Filippo MONTEFORTE / AFP)

Waiting lists in the public healthcare system for checks and surgeries are longer in the south than in the north, where all the best doctors tend to be. I’ve met many southern doctors who, after studying abroad, ditched their native regions for Rome or Milan where most of the top-rated clinics and hospitals are located.

Lombardy, Piedmont and Emilia Romagna have always shone when compared to Sicily and Calabria. And even Rome, despite being the capital, lags behind Milan.

However there have been a few improvements in southern standards lately, and the situation varies depending on the type of treatment.

According to the 2021 public hospitals performance report (PNE), even though the north is showing better results in terms of treatments for cancer and orthopaedics, the poorer southern regions are raising standards in some areas.

For instance, among the top 10 facilities with higher proportions of primary angioplasty guaranteed within 90 minutes, a good index of appropriateness and timeliness, seven are based in the south.

READ ALSO: Who can register for national healthcare in Italy?

Still, the gap has led to a type of ‘health tourism’ within Italy. There are no statistics, but I’ve met many southern people who have had to fly to the north for particular treatments, access to top doctors and cutting-edge surgeries, for example for knee and hip replacements.

They rented apartments or stayed at hotels for weeks after their surgery to undergo rehab and physiotherapy, at considerable extra expense.

I’ve met others who had to fly from Salerno and Puglia to Millan and Bologna for hip, shoulder and knee joint reconstruction or replacement, with all the hassle of the journey in poor health and the extra transport and accommodation costs it entails.

It was striking to find that many Romans are among those who regularly travel to Milan for heart and orthopaedic checks and surgeries. Rome does have a few top-rated clinics, but apparently not as many as Milan.

Meanwhile many doctors from Milan, Padua and Bologna come ‘fishing’ for desperate patients in Rome and Naples who have failed to find a surgeon willing to operate on them due to their complex conditions.

READ ALSO: The parts of Italy with the best (and worst) quality of life in 2022

This healthcare gap in my view will never completely disappear, despite the incoming European funds through the pandemic recovery plan aimed at shortening it.

It will be further reduced in time, but not in the near future, particularly if all the good doctors continue to flee north for higher salaries, prestige and a more promising career. 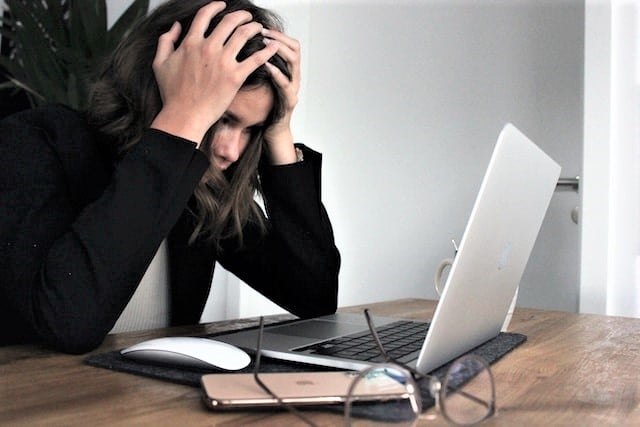