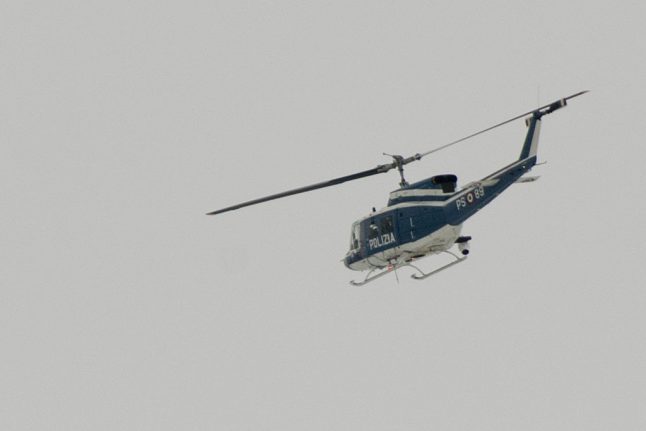 The five broke into the branch of Banca Popolare di Novara on Viale Giuseppe Sirtori from an adjacent building, attacking and disarming a security guard and holding staff hostage, Ansa reports.

The robbery attempt reportedly failed when the bank's director, the only person who knew the code to the vault, was suddenly taken ill. The would-be robbers then fled before police arrived on the scene.

The gang, wearing masks and wigs and carrying guns, reportedly broke in dressed as building workers through a hole in the wall of an adjacent garage.

Passers-by outside the bank noticed what was happening and alerted police, but they arrived just moments too late to catch the gang.

Staff and customers were left shaken but no one was injured in the incident, which happened shortly before 16:00 local time.

In making their hasty exit, back through the same hole from which they had entered, the gang left some items of clothing behind which are being used in the search, local media reports.

All five men are believed to be Italian. A manhunt is now underway across Rome with the help of police helicopters.

This is the second reported armed bank robbery attempt in Rome this month. On October 2, two men were arrested after a failed robbery attempt at a branch of Monte dei Paschi di Siena in the capital.