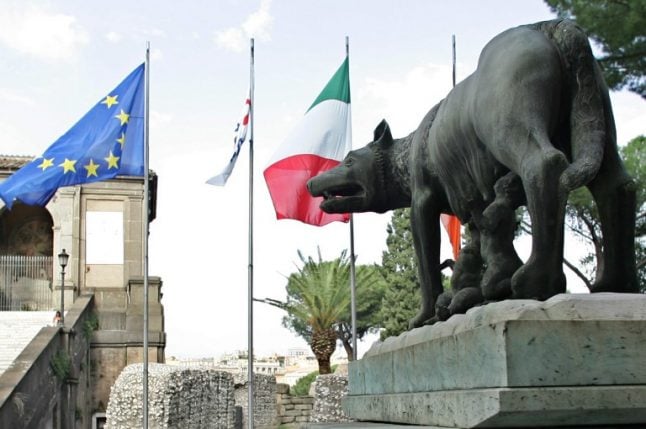 Yet more Brits than Italians currently oppose the EU, with only 24 percent in Italy saying they would vote to leave the bloc compared to 35 percent in the UK.

In Italy a higher percentage of respondents were undecided, with 32 percent saying they weren't sure how they'd vote.

The same uncertainty was evident when Italians were asked more generally what they thought of Italy's membership of the EU: only 18 percent of Italians said it was a bad thing, while 42 percent thought the opposite and 37 percent said it was neither good nor bad.

A clear majority of respondents in Italy, though, were convinced that things in the EU were going in the wrong direction: 58 percent, compared to just 21 percent who said it was on the right track. Most EU countries answered similarly, in fact, with a comparable percentage of people in France, Spain and Germany saying the same thing.

But when it came to the benefits of belonging to the EU, only 43 percent of people in Italy – the lowest percentage overall – said that their country had benefited from being a member, compared to 45 percent who said it had not.

Italians also felt more disenfranchised than other countries, with 66 percent saying they felt their country's voice didn't count in the EU.

The answers speak to wider dissatisfaction in Italy, where a majority of those surveyed also said that the country was going in the wrong direction, that they were unhappy with the way their democracy worked, felt their voice didn't count and mistrusted political parties.

Such sentiments helped produce Italy's first populist government, a coalition between the anti-establishment Five Star Movement (M5S) and the League that was formed in June following an inconclusive general election three months earlier.

The survey results, which were collected in September and compared with data from April, indicate that Italians' dissatisfaction with their own country has marginally decreased since then, while their unhappiness with the EU has slightly increased.

The coalition government, and especially the increasingly dominant League, has partly founded its identity on opposition to the EU, decrying Brussels' policies on migration, accusing France and Germany of domineering, allying with other eurosceptics and disregarding the EU's budget rules. Its criticism is only likely to get louder as European parliamentary elections approach in May 2019.

Despite all their misgivings, the Italians surveyed remained convinced of the benefits of the euro: 65 percent said they were in favour of the single currency, compared to 26 percent against, putting Italy's approval rating above the EU average. That suggests there would be little appetite for a referendum on the euro in Italy, something both the League and the M5S have called for in the past.

The data comes from the European Parliament's Parlemeter 2018, a public opinion survey of 27,474 EU citizens, around 1,000 from each member state.