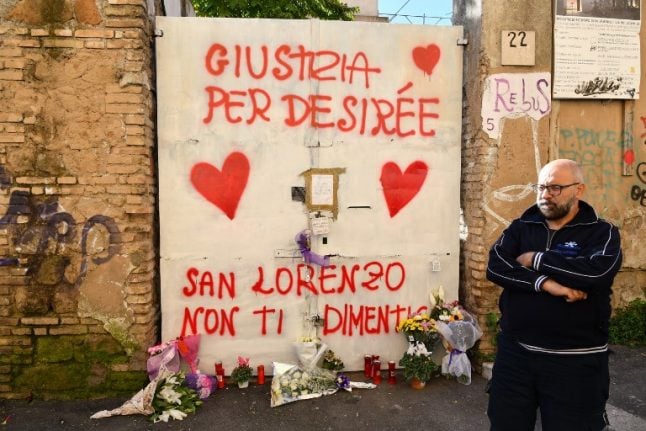 A tribute to Desirée Mariottini, who was found dead inside an abandoned building in Rome last week. Photo: Alberto Pizzoli/AFP

Desirée Mariottini, a 16-year-old from Cisterna di Latina, near Rome, was found dead last week at a building in Rome’s San Lorenzo district.

Though the exact circumstances and cause of the teenager’s death are not yet clear, an autopsy revealed that she had drugs in her system and had been sexually assaulted more than once. Police are currently treating the death as a suspected murder.

Mariottini had called her family late on the evening of October 17 to say she’d missed the bus and would be ‘staying with a friend.’

The next day she was reported missing, and on October 19 her body was discovered at the building, believed to be one of the city’s many ‘occupied’ abandoned buildings, or squats. An anonymous call had been made to emergency services at 3am, local media reports.

Ambulance staff were then stuck outside, as the entrance was chained and padlocked shut. Firefighters had to force the door open to allow paramedics to reach the girl’s body.

Prosecutors investigating the disturbing case faced added difficulties after the death was initially misreported, delaying the investigation for three days; a hurried report by local police described the victim as a 25-30 year old woman who died of an overdose, with no apparent signs of violence.

READ ALSO: At least 114 women were murdered in Italy this year

A witness has however come forward to say he’d been at the building “at midnight or half past midnight.”

Speaking on the Rai television show ‘Storie Italiane’, the witness, a Senegalese man, said that when he arrived “there was a woman screaming.”

“There was another girl on the bed; they had put a blanket over her but you could see her head,” he said. “I don’t know if she was breathing, she seemed dead already. The other girl was screaming and saying she was dead.”

He said there were six or seven other people in the room. Several of them have now reportedly been identified by investigators.

San Lorenzo is a central Rome district known for its nightlife, popular with students of the nearby La Sapienza University.

Flowers and candles have been laid at its entrance in a tribute to Mariottini, and the gate has been painted with red hearts and the words ‘Justice for Desirée. San Lorenzo does not forget you.’ 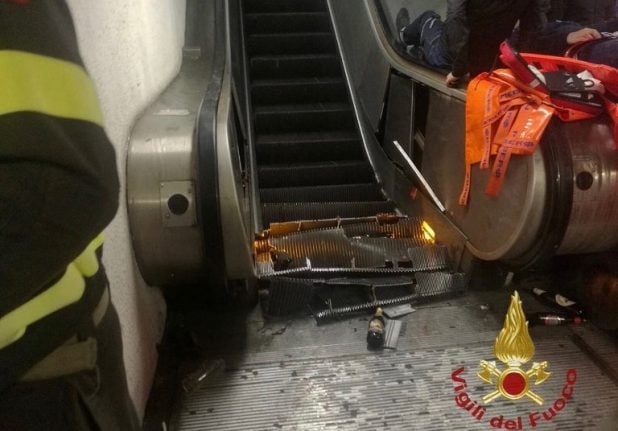 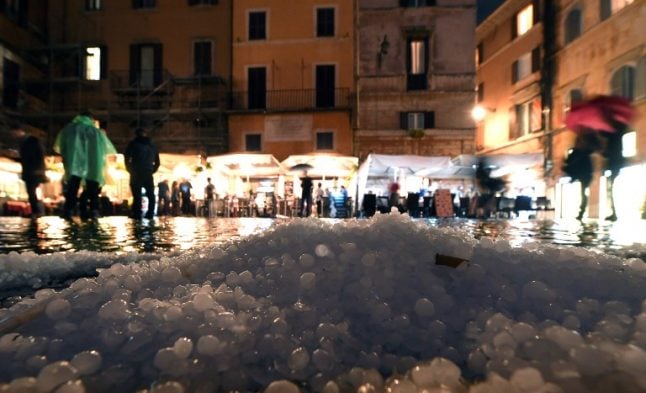