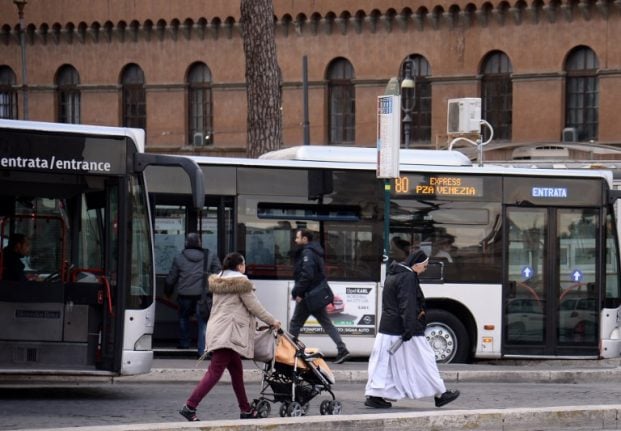 Workers across several public sectors have called a general strike today, as part of an ongoing dispute over various issues including wages, working conditions and pensions.

Unions said they’re protesting over “salary, welfare, representation in the workplace, universal rights, against privatization and liberalization, for the abolition of inequalities, for health and safety.”

Their requests reportedly include “real increases in pay, provisions for sufficient staff, respect for the dignity of staff, and the right to retirement at 60 or with 35 years of contributions.”

The strike also calls for the “the reduction of working time at equal wages, free healthcare and the right to housing for all.”

So far ‘minimal’ disruption to transport has been reported due to the strike.

Rome reportedly has reduced bus and tram services in some areas, and the Rome-Lido railway line is closed, but all metro lines reportedly remain open.

Milan’s metro has guaranteed service until around 5pm today, and protests are expected to affect the lines from 6pm onwards.

In Turin, there has been no reported disruption to transport. A street protest was held in the city this morning with union members from various sectors protesting ‘exploitation’, and holding banners targeting Labour Minister Luigi Di Maio and Interior Minister Matteo Salvini.

Trenitalia, Italy’s main rail provider, said its Freccia Rossa trains will be running as usual today. The connection between Rome Termini and Fiumicino Airport will also be unaffected.

Regional train schedules may be subject to changes, however rail services deemed ‘essential’ are guaranteed by law on weekdays between 6-9am and 6-9pm.