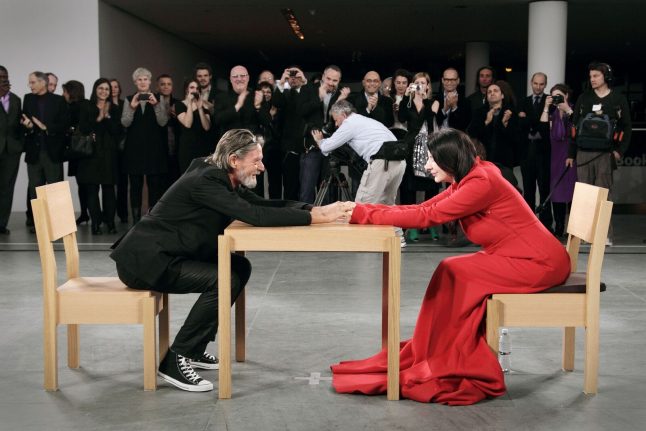 From street art to realism, here are the exhibitions people are talking about this season, at some of Italy’s best galleries.

OVIDIO. Loves, myths and other stories

Over 200 works, including frescoes and ancient sculptures, precious medieval manuscripts and paintings of modern age tell the story of the poet's life, the influence of his literary work, and the themes at the centre of his writings: love, seduction, the relationship with power and myth.
More information Featuring over 170 works, this exhibition traces the extraordinary life of one of the most acclaimed artists in history and attempts to define the ‘essence’ of Warhol’s art, marking the ninetieth anniversary of his birth.

A major exhibition dedicated to one of contemporary art’s most celebrated and controversial personalities, who revolutionised the idea of ​​performance by testing her body’s limits and its potential for expression. The event brings together over 100 works, giving an overview of her career from the sixties to the 2000s. There are videos, photographs, paintings, objects, installations, and even the live re-execution of a famous performance, by a group of performers specially trained and selected for the exhibition.

BANKSY: This is not a photo opportunity

The anonymous British artist and writer, considered one of the leading proponents of contemporary street art and beloved by younger generations, is celebrated with an exhibition of 20 iconic images. THE ART OF BANKSY. A VISUAL PROTEST

Another retrospective exhibition looking at the work and thoughts of Banksy. This larger display holds over 70 of the British street artist’s works including paintings, sculptures, prints, objects, photographs and videos.

Some 200 works are displayed at the Royal Palace in Milan’s part in a European project which aims to explore the intense and complex creative processes of Picasso. Items, including Picasso’s own works and older work that inspired the master painter, have been loaned from some of Europe’s most important art institutions, including the Musée National Picasso in Paris and the Vatican Museums in Rome

I MACCHIAIOLI: Italian art towards modernity

The mid-19th century Macchiaioli painters of Florence are celebrated in an exhibition charting the background, birth, and important moments that defined the era of Macchiaiola painting, with fascinating comparisons with their Italian contemporaries.

Considered the ‘father of realism’, French artist Courbet said nature was his main source of inspiration, and two-thirds of his works are nature scenes, panoramas and rural landscapes. Palazzo dei Diamanti pays tribute to him with an important retrospective that tells the story of the career of the master through some 50 paintings.