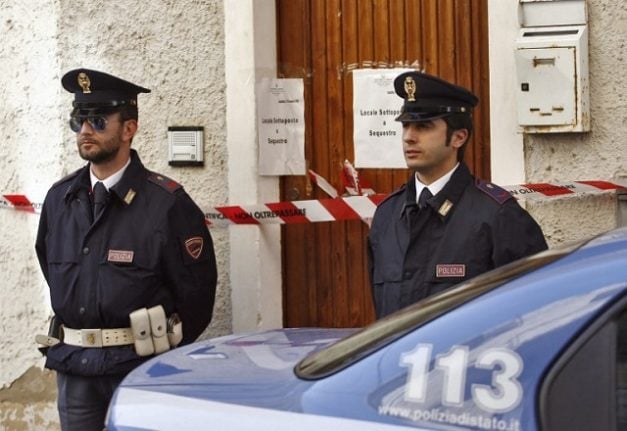 Some 800 policemen were mobilised to bring in suspects from families in the south of Italy from the Cosa Nostra in Sicily, 'Ndrangheta in Calabria and Sacra Corona Unita (SCU) in Puglia, the national organised crime fighting body said in a statement.

“The 'Ndrangheta, and the mafias in Sicily and Puglia, no longer exist,” said the unit's head, Federico Cafiero de Raho.
“They are now fluid organisations that manage different businesses between them,” he told journalists.

The ‘younger generation’ are making a ‘decisive contribution’ to these family businesses with their technological knowledge, said prosecutors.

The groups had made deals with businesses in the online betting sector, enabling them to recycle large sums of money through “illegal parallel circuits” on the betting platforms in exchange for promotion and protection.

The sting was carried out with the help of Eurojust, the European Union's judicial agency in The Hague, as well as police in Britain, the Netherlands, Serbia and Switzerland.

Goods and cash were seized in Albania, Austria, Britain, Germany, the Isle of Man, Italy, Luxembourg, Malta, Romania, Serbia, the Seychelles and Switzerland.

In total the assets seized, which included luxury apartments and a football team, were worth around one billion euros.

Informant 'wanted out'
Those arrested were accused of mafia association, money laundering, fraud and tax dodging.

“We have an increasingly clear picture” of the dealings between once-rival mafia associations in Italy, Cafiero de Raho said.

“We can see from ongoing investigations how the mafias work together in different sectors. We still need to establish whether there is a fixed leadership or if the deals change depending on the territories involved,” he said.

Investigators were given a big hand by a Sicilian mobster who helped infiltrate the gambling sector but collaborated with the police after he realised the profit-hungry gangsters “would never have let him quit”, prosecutors in Catania said.

Prosecutors in Reggio Calabria said its investigation into the online gambling sector in Italy's southern tip had uncovered a secret 'Ndrangheta meeting-place — the Our Lady of the Mountain sanctuary in the heart of the Aspromonte mountains.

Some of those arrested had put up photos on their social media accounts flaunting their ill-gotten gains — pictures the prosecutor's office published today.

The images showed portly mobsters in robes at a spa, showing off Rolex watches and Ferraris, eating lobster and oysters, dining near the Eiffel Tower in Paris and gambling in the Bellagio casino in Las Vegas.

“We must defeat the mafia. We must fight every illegality, every silence, as they are fertile ground for that disgusting weed that we must tear up with all our strength,” said the new head of parliament's anti-mafia committee, Nicola Morra.

Prosecutors in Bari said the SCU's powerful Martiradonna family was believed to have been the link between the mafias on this particular operation, adding that “the name carries weight” for the 'Ndrangheta and Cosa Nostra.

“The younger generation made a decisive contribution to the business,” they said, as Vito Martiradonna had been helped by his tech-savvy sons to crack the lucrative market.

For the SCU leg of the operation alone, investigators monitored 167 suspects, listened to 190,000 wiretaps and watched 40,000 hours of video surveillance footage.