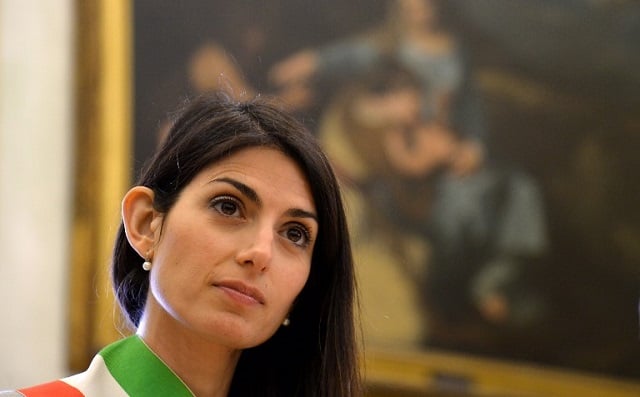 This will include Via Arturo Donaggio, bearing the name of the former president of the Italian society of psychiatrists, and Via Edoardo Zavattari, close to the Cinecittà World amusement park, which is named after a zoologist.

In 2018, Italy marks 80 years since the charter was published, preparing the way for the Racial Laws which came into force later that year.

The so-called Race Manifesto, published on July 15 1938 in Il Giornale d'Italia, aimed to give 'scientific' weight to the racial laws issued under the dictatorship of Benito Mussolini.

Under these laws, Italian Jews were stripped of their citizenship and banned from working in certain professions or attending school.

Students have put forward their suggestions for the new street names in a meeting with Rome’s Mayor Virginia Raggi in Rome today.

The mayor said she wanted students to participate in the change ”so that citizens know who these roads were named after; the people, the scientists, who had the courage to oppose fascism, and shortly they will redefine those streets.”

At the meeting, President of Rome's Jewish Community Ruth Dureghello said it was important to involve young people and make them feel part of history.

“The proposed names also represent positive models for young people,” Dureghello said. “It is precisely this awareness of history that guards against intolerance, racism and anti-Semitism.”

“We need to recover a memory which today is becoming a little too easily forgotten,” Raggi said.

“We hear about kids who belong to groups such as Forza Nuova, and we think this is normal, that it doesn’t matter. What are we talking about? Let’s ask ourselves what’s happening around us,” she said.

“Otherwise we risk suffering tragedies once again like those of 80 years ago.”

But Italy continues to name streets after fascist heroes. Raggi was reportedly taken by surprise in June this year when a majority of politicians from her Five Star Movement, along with the far-right Brothers of Italy, backed a plan to name a street in the capital after Giorgio Almirante, the founder of the neo-fascist Italian Social Movement (MSI).

Raggi asked Five Star Movement advisors to prepare a motion preventing the naming of streets after fascists or those who exposed themselves as anti-Semitic or racist.

“Rome is anti-fascist,” Raggi declared in January, adding that she hoped the capital could set an example to other Italian cities in removing street names which “represent a shame for our country.”