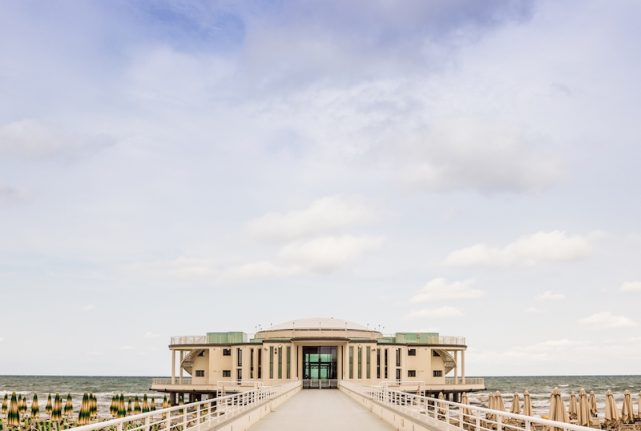 Uliassi, where chef Mauro Uliassi and his family have been serving beachgoers in the resort of Senigallia on Italy's Adriatic Coast for nearly three decades, was awarded its third star on Friday, 18 years after its first and nine after its second.

It marks two years in a row that an Italian restaurant has made it onto the elite list of the world's highest-rated eateries, after South Tyrol's St. Hubertus achieved the top ranking last year. Before then, no chef in Italy had won a third star for the first time since 2014.

A native of the Le March coast, Uliassi opened his eponymous restaurant in 1990 with his sister Catia, in the same town where their parents had run a bar while they were growing up. His son Filippo now works as the restaurant's sommelier.

Originally run out of a beach hut, the restaurant has grown from a casual seafood café into a destination, fuelled by the freshest local ingredients and a nose for experimentation.

Its menu features classics like spaghetti with clams alongside inventions such as red mullet in plankton soup, mantis shrimp marinaded with its own eggs and passion fruit, or tagliatelle of cuttlefish with seaweed pesto and fried quinoa.

Uliassi, who says his cooking is driven strongly by smells, encourages his team to collect odours throughout the year, which they then attempt to turn into a new set of dishes during a two-month experimentation session each spring, during which time the restaurant remains closed.

“For example, the idea for my smoked pasta with clams came from walking past the pop-up seafood grills at the beach in Rimini,” he told an interviewer.

Uliassi's restaurant joins the ranks of such culinary heavyweights as Massimo Bottura's Osteria Francescana in Modena, considered by some to be the best restaurant in the world, and Enoteca Pinchiorri in Florence, which has earned three Michelin stars every year since 1993.

In total the 2019 Michelin Guide awarded stars to 367 restaurants in Italy, consolidating the country's position as the second most starred nation in the world after France.

Of 30 new stars, 29 of them went to restaurants that previously had none, half of them run by up-and-coming chefs aged 35 or under.

Lombardy remains the Italian region with the most Michelin-starred restaurants (60), followed by Piedmont with 45 and Campania with 43.