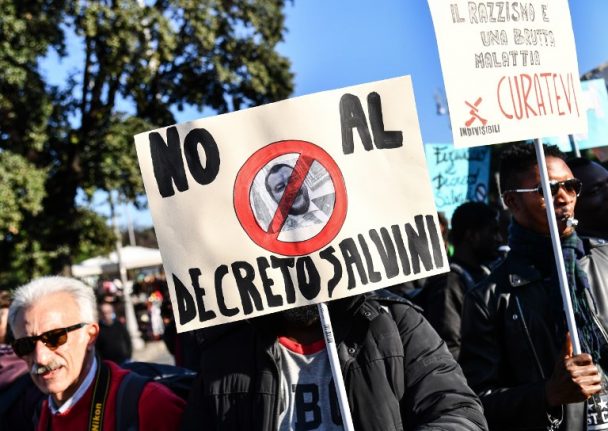 Italy is in the grip of “a climate of hatred and discrimination” stoked by its politicians, the UN's special rapporteurs for human rights said in a statement on Wednesday.

“During the most recent electoral campaign, some politicians fuelled a public discourse unashamedly embracing racist and xenophobic anti-immigrant and anti-foreigner rhetoric,” the rapporteurs said.

Now, they warned, the new government was implementing the same anti-migrant measures upon which it campaigned, starting with the immigration reforms shepherded through the upper house of parliament by Interior Minister Matteo Salvini, whose League party governs in coalition with the Five Star Movement.

If the decree passes the lower house this month as expected, it will abolish Italy's special “humanitarian protection” residency permits, exclude asylum seekers from integration-focused reception centres and instead concentrate them in isolated detention centres.

The reforms make it easier to strip people of refugee status or even Italian citizenship if they commit crimes, as well as to deport them. They also allow police to evict those in unauthorized camps or squats without giving them anywhere else to go.

“Removing protection measures from potentially thousands of migrants and limiting their ability to regularise their stay in Italy will increase their vulnerability to attacks and exploitation. They will be at greater risk from traffickers and other criminal groups, and many will have no means to meet their basic needs through lawful means,” they warned. The reforms also risk fuelling tensions in Italian society, they said, pointing to what they said was an escalation of hate speech and attacks against migrants and minorities in Italy. During and after the election in March civil society groups counted reports of 169 racially motivated incidents, 126 that involved racist hate speech and 19 that were violent, the rapporteurs said.

They also expressed concerns about what they called a “smear campaign” against NGOs carrying out search and rescue operations in the Mediterranean, which they said was putting lives at risk.

The UN's report comes in the same week that Italian prosecutors seized the rescue ship Aquarius and accused members of the medical charity that helps operate it, Doctors Without Borders, of illegally disposing of potentially hazardous waste. The ship was already confined to port after losing first its Gibraltan then its Panamanian flag under what NGOs claimed was pressure from the Italian government.

A week earlier, meanwhile, police flattened a makeshift camp in Rome that was home to hundreds of people, including documented and undocumented migrants and Italians. And last month, the interior ministry shut down one of Italy's most successful integration projects, the programme to repopulate the Calabrian town of Riace with refugees, after its mayor was arrested on charges of aiding illegal immigration.

Salvini, who has seen his popularity ratings climb since promising to “close the ports” to migrants, compile a register of Roma people and impose closing times on “little ethnic shops“, denies being xenophobic or anti-immigration – despite  fiercely resisting attempts to give children born to legal immigrants in Italy a shorter path to citizenship and claiming that foreigners, including those in Italy legally, are more likely to commit crimes than Italians.

He claims that he opposes only illegal immigration, last week telling a group of refugees from African countries evacuated to Italy by the UN: “Italy is a welcoming, generous and supportive country, where I have been entrusted with the duty of bringing back some rules and order.”

The UN rapporteurs acknowledged that, as Salvini and others argue, Italy does not get enough support from the EU when it comes to hosting the thousands of migrants who have arrived on its shores by sea. But while recognising “the challenges Italy faces due to the absence of an effective European-wide system of solidarity”, they said it wasn't an excuse for violating human rights.

“The government must adhere to the values enshrined in the Italian constitution, and the international commitments it signed up to,” they wrote.

It's not the first time that the UN has criticised Italy's new government. In September, its human rights commissioner announced plans to send a team of observers to investigate reports of a spike in attacks on migrants and minorities in Italy, prompting Salvini to retort: “We won't won't take lessons from anyone, least of all the UN.” 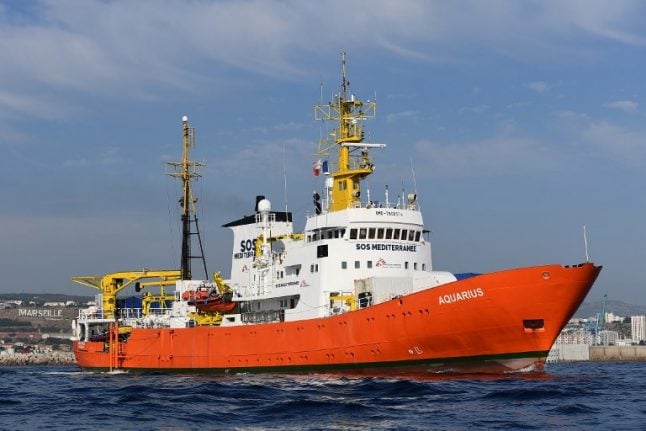 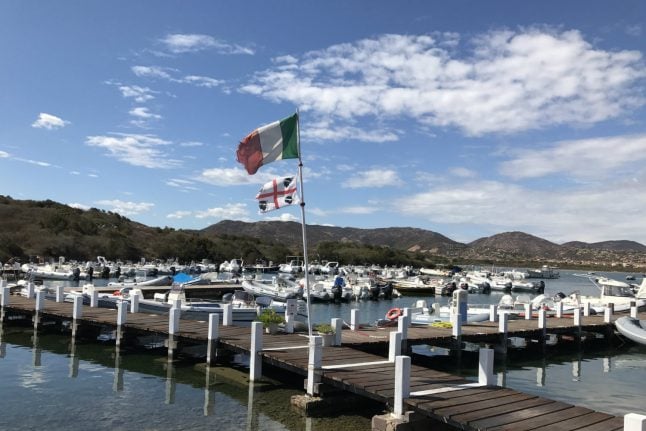