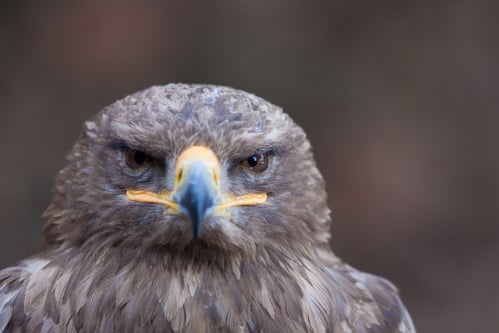 Rome’s local government sees falcons as one way to get rid of the large numbers of starlings, which cause problems for drivers as well as pedestrians in the city.

The large amount of bird droppings on the streets of the capital make pavements and roads treacherous during heavy rain. This week’s downpour washed away several weeks’ worth of guano, deposited by millions of starlings.

Some streets were temporarily closed on Monday, including part of Lungotevere, as authorities said the combination of rain and bird droppings created a ‘slippery mud’ that posed a threat to drivers and pedestrians.

Starlings swarming above Rome's historic buildings are one of the iconic sights of the capital, but dealing with their excrement is a perennial problem for the cash-strapped city. The municipality has been experimenting with the use of falcons for several years now in hopes of solving the problem.

They will also use “stress calls”; sounds that annoy the birds and make them want to leave an area.

The usual method is to broadcast recordings of the screeching sound starlings themselves make to warn of the presence of a bird of prey.

Peregrine falcons were once a common sight in the skies above Rome and other Italian cities, but they were almost wiped out in the 1970s by DDT, a pesticide which caused the shells of the birds’ eggs to thin and break easily.

But since the banning of DDT in Italy in 1978, the falco pellegrino has made a gradual return to the skies.

There are thought to be around 20 pairs of nesting peregrine falcons native to Rome, living above the city on telephone masts and even on the roof of the city's Sapienza University in the S. Lorenzo district, where a pair of falcons is monitored by a bird cam.

The birds were also found nesting in a Florence bell tower earlier this year.

The city’s falcon initiative follows another ‘nature-based’ clean-up measure, in which sheep have been brought in to cut grass in the city. They can be seen grazing at several Roman parks and villa grounds.

Rome is also considering the potential sterilization of seagulls and mice, which are commonly found in the city.

Meanwhile Rome's mayor is under increasing pressure to tackle degradation and “disgusting” conditions in Rome.

The capital is becoming notorious for urban squalor, and protesting residents last month called the city a “rubbish dump.”