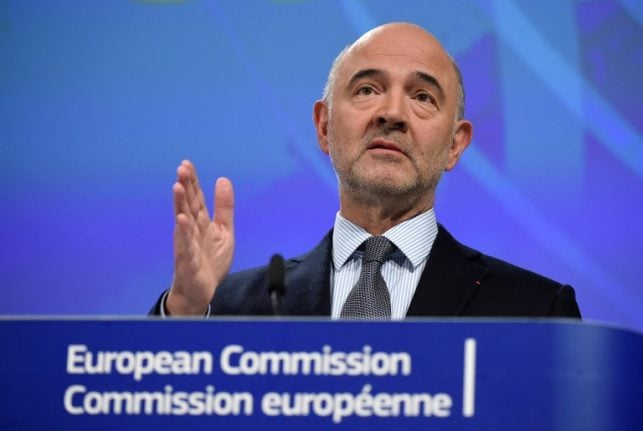 “The hand is still reaching out,” Pierre Moscovici told a press conference in Paris after saying that Italy's fiscal plans were one of the uncertainties hanging over European economic growth.

Trade tensions and Britain's exit from the European Union were the two other key factors influencing growth prospects, Moscovici said.

“The Commission is open to dialogue because we must find a solution within a common framework,” he said.

“This framework is the eurozone,” which was created with rules that “are neither rigid nor stupid. They are flexible,” he said.

“Changes (in the Italian draft budget) are possible and necessary,” he continued in reference to comments on Monday by Italian deputy prime minister Luigi Di Maio, who suggested that his government might target a lower deficit to ease tension with the EU executive.

On October 23, the Commission rejected Rome's 2019 draft budget, which forecast a deficit equal to 2.4 percent of gross domestic product (GDP).

Officials in Brussels estimate the figure will reach 2.9 percent, far above the 0.8 percent figure the previous Italian government had committed to.

The government has until now refused to budge on plans to raise spending, which it says are key to boosting growth.

But Commission head Jean-Claude Juncker's efforts to woo Italian Prime Minister Giuseppe Conte at a meeting on Saturday appeared to be paying off.