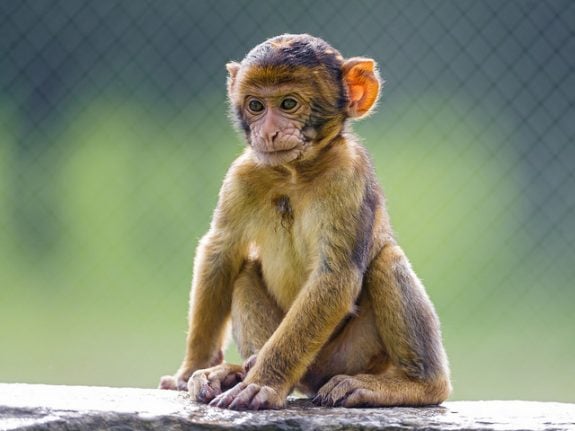 Barbary macaques are the most trafficked mammal in Europe, accounting for 25% of all seizures, and are highly vulnerable to extinction, listed in Annex I of the CITES (the Convention on International Trade in Endangered Species).

Brought in to the EU from Algeria and Morocco by organised crime networks, the monkeys are captured in the wild as cubs, drugged, and transported in locked suitcases in the trunks of cars or as hold baggage on aeroplanes.

Once in Europe they can fetch €2,000 from private buyers with an interest in exotic animals, living out the rest of their lives in captivity.

Italy, along with Spain, is a key staging post at the crossroads of this illegal trade, providing Italian police with a unique opportunity to intercept traffickers before the sale is completed.

With this in mind, the police have launched a “Born to be Wild” project in collaboration with LAV, Italy’s Anti-Vivisection League, as well as the international organisations AAP (Animal Advocacy and Protection) and IFAW (International Fund for Animal Welfare), aimed at educating the police about how to best identify traffickers and handle the seized monkeys.

To assist in these efforts, LAV has prepared a ‘Manual for the management of the seizure and confiscation of barbary macaques’, which it presented at a meeting at the forest police’s headquarters at the Ministry of Agricultural Policies in Rome on Monday.

“With the project Born to be Wild, LAV intends to engage in activities to combat the traffic of barbary apes, in collaboration with the forest police force, to repress this illicit trafficking,” said LAV Vice President Roberto Bennati.