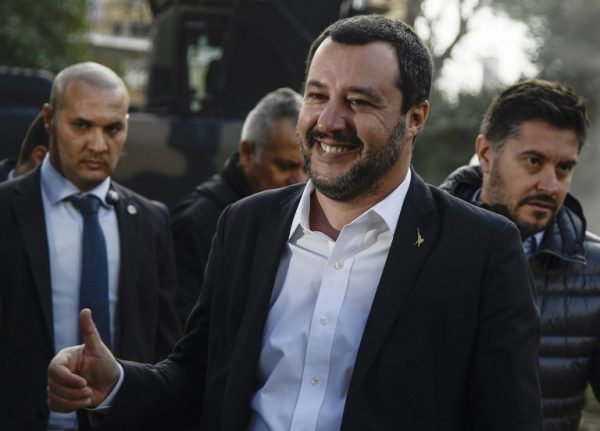 Antonio Orlando, a suspected major player in the ruthless Camorra organised crime group, was clapped in cuffs after 15 years on the run, during which he had continued to issue orders to the clan, police said.

“The good times are over” for the 60-year old mobster, Interior Minister Matteo Salvini said as the news of the arrest broke.

Agents discovered the suspect in an apartment in Mugnano, which had been kitted out to allow the housebound Orlando to keep fit, with a running treadmill, sauna and sun shower tanning machine.

It even boasted a secret hideaway under the seat of the sauna, police said.

Orlando, who had been preparing to move to another hideout, was in the process of destroying fake identity documents and “raised his hands in a sign of surrender” when the police bust in, regional commander Ubaldo del Monaco told journalists.

A sweep of the apartment uncovered 6,000 euros ($6,794) in cash as well as some of the messages received from his lieutenants on the outside during his time in hiding.

He had been wanted for suspected ties to organised crime.

The clan allegedly specialises in trafficking drugs from Morocco and Spain, as well as money laundering, but has a history in extortion and murder as well.

Camorra bosses refer to Spain's Mediterranean coast as “Costa Nostra”, or “Our Coast”, alluding to the Sicilian mafia “Cosa Nostra”, according to Italian journalist Roberto Saviano, a specialist on the Naples criminal underworld.

Local media reported the Orlando family has strong ties by marriage with the Nuvoletta clan — the only Camorra group with links to the Sicilian Mafia in Corleone, which became synonymous with the Mafia through Francis Ford Coppola's popular “Godfather” films.

Police were helped by a hitman who turned informant and detailed Orlando's rise to power and the forging of an alliance in the 1990s between the Orlando clan and the Polverino family.

The Polverinos had been allied with the Nuvolettas, but the families turned on each other when one boss slapped another, according to Italian media reports.

The Orlandos were forced to choose sides, and opted for the up-and-coming Polverinos, the media said. But by 2012, the Nuvolettas had been brought back into the fold. The reports said Antonio Orlando would allegedly lead an alliance of all three families.