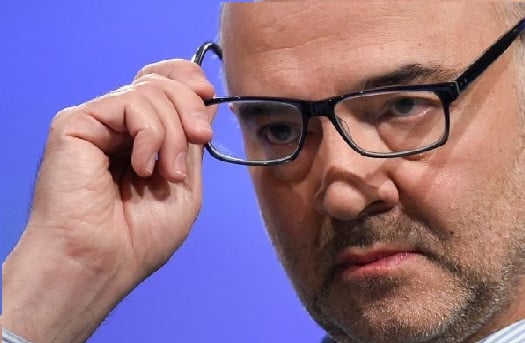 Rome and Paris are not being held to two different standards, European Economic Affairs Commissioner Pierre Moscovici has reiterated today, saying he was working to avoid Italy being sanctioned over its 2019 budget.

“I am currently working so that Italy is not sanctioned. I am hopeful,” Moscovici said on French radio station RTL.

“We’re working hard with a constructive dialogue so Italy can carry out the policy it wants… but that it does so in respecting the rules” on EU public finances, he added.

The European Commission in October rejected the budget submitted for approval by the Italian coalition government of the far-right League and the anti-establishment Five Star Movement.

The budget would mean an increase in Italy's deficit spending, though it would remain below the EU-mandated limit of 3.0 percent of GDP.

EU officials have said it does not sufficiently tackle Italy's huge debt pile, which stands at 130 percent of GDP.

But since French President Emmanuel Macron's concessions last week to the “yellow vest” protests that will see France's budget blow past the 3.0 percent deficit limit, Italian officials were quick to complain that the rules were not being enforced evenly – something Moscovici has repeatedly denied.

“We are working constructively because, in effect, not only don't I like different standards, I don't like injustice,” Moscovici said, dismissing suggestions that France was receiving favourable treatment while its 2019 public sector deficit is forecast to come in at 3.2 percent compared to the 2.04 percent for Italy.

At the same time, Moscovici, a former French finance minister, explained that a “limited, temporary and exceptional” breach of the 3.0-percent deficit limit was “conceivable”, in reference to the situation in France.

France's deficit finally made it under the EU's deficit cap in 2017, after years of being above the limit.
Macron's government has announced some 10 billion euros in concessions that aim to boost the purchasing power of those worst off.

France's “yellow vest” protesters  have taken aim at French President Emmanuel Macron's liberal economic policies, and have so far forced the French government to pay for an increase in the minimum wage – a potentially costly measure – as well as cancel a planned rise in taxes on petrol and diesel.

One of the reasons Italy's budget includes increased spending is to finance a basic income for the unemployed and those living on low wages.

The government insists it needs to spend big to kick-start a sluggish economy, but Brussels says it will not deliver the growth promised after years of austerity measures and worse still, will only add to Italy's debt mountain.

Seizing on the protests in France, the Italian government said last week that its populist budget was needed to “prevent social unrest” in Italy and Prime Minister Giuseppe Conte said Europe’s austerity-based economic policies have “failed.”

However despite initially saying it wouldn’t move on the budget, the Italian government has softened its stance and has been making amendments.

It said yesterday that Italy has found four billion euros’ worth of savings to stop the European Union from opening disciplinary procedures.
If an agreement is not reached, Italy could find itself the target of an EU excessive deficit procedure, which could ultimately lead to fines of up to 0.2 percent of the nation's GDP.

If an agreement is not reached, Italy could find itself the target of an EU excessive eficit procedure, which could ultimately lead to fines of up to 0.2 percent of the nation's GDP. 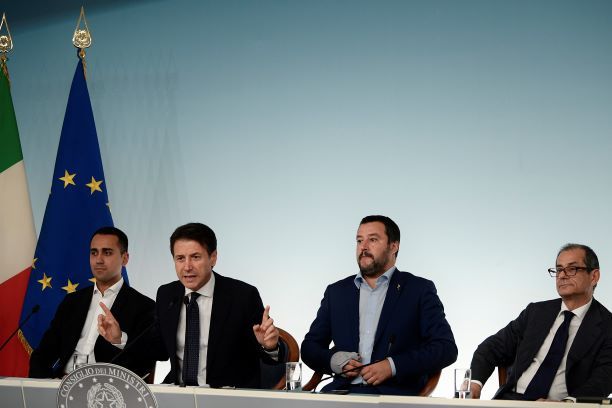 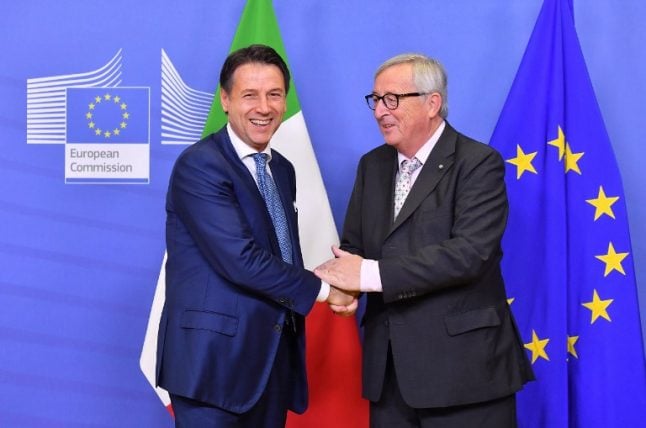