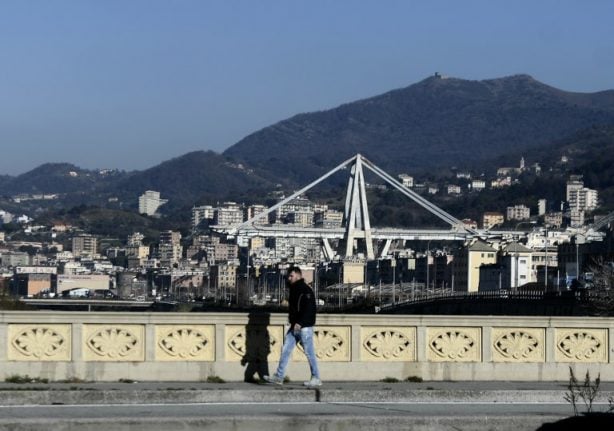 The ruins of the Morandi Bridge still have not been torn down, four months after it collapsed. Photo: Filippo Monteforte/AFP

The contract to rebuild the bridge, which killed 43 people when it collapsed in August, was awarded on Tuesday to a consortium of three Italian construction companies, Salini Impregilo, Fincantieri and Italferr.

Their proposal, named 'For Genoa', is based on an idea donated free of charge by Piano, who was born in the north-western port city and has a studio there today.

“Piano has agreed to oversee the project,” said Mayor Marco Bucci, whose council has spent months deciding what should replace the ruins of the overpass. Piano will act as “technical supervisor” of the rebuilding project, contributing his services for free, the mayor said. “This bridge should last 1,000 years and should be made from steel,” Piano said when he presented his design for the new bridge in September. In honour of Genoa's maritime heritage his project resembles a boat, incorporating metal 'sails', as well as 43 lamps for each of the victims.

The new bridge is expected to be completed in 12 months at a cost of €202 million.

The 1,100-meter-long steel structure will replace the overpass designed by Italian engineer Riccardo Morandi in the 1960s, using his trademark reinforced concrete. Other engineers had long expressed concerns about the bridge's endurance, with critics calling its collapse “a tragedy waiting to happen“.

While investigators have been calling since August for the remains of the Morandi Bridge to be torn down, demolition has been repeatedly delayed. Work is due to start this month so that rebuilding can begin by the end of March, according to Bucci.