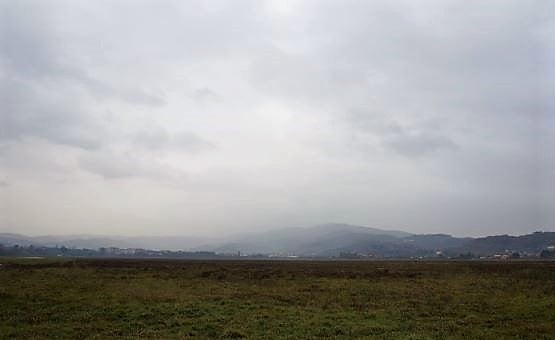 Snow in Italy is not unheard of. We’ve already seen a dusting in central Italy this year, and last  February many regions had a couple of days of snow.

And with much of the centre and north of Italy enveloped in mist and fog today, with cold temperatures and plenty of cloud, it looks like snow could be on the horizon for some of us.

But forecasters say most people hoping for a white Christmas in Italy this year are likely to be left disappointed – unless they’re 1,000 metres above sea level.

it's not all bad news, because instead we can expect a mild and sunny Christmas day in most regions. Meanwhile those spending Christmas on the slopes in the north can expect some good early morning snowfall and clear conditions most of the time.

There has been some talk of imminent bad weather this weekend, with rain forecast in many areas.

Most of the peninsula can expect rain and fog over the weekend, but things are set to improve as a band of low pressure clears away around Christmas Eve.

“The weather is getting better, because of high pressure arriving from the sub-Saharan region pushing the band of low pressure eastwards,” Leonardo Eramo, a meteorologist for the Italian Air Force, told The Local Italy. Chart showng today's bands of high and low pressure, which will be will be moving eastwards over Europe this Christmas. Photo: Italian Air Force Meteorolgical Unit.

Forecasters say we can expect fog and rain in most areas on Christmas Eve and Christmas Day, but say it will clear up by afternoon.

We can expect the best weather next week on Boxing Day, which Eramo said will be the sunniest and warmest day everywhere but Sicily and parts of Puglia, which will still be affected by low pressure and can expect some rain.

Temperatures will be between 9 and 12 degrees on average in most areas, with highs of 15 in Sardinia and parts of the western coast of the peninsula.

While most of us won't be getting much snow here in Italy, we can't complain about a sunny Christmas.