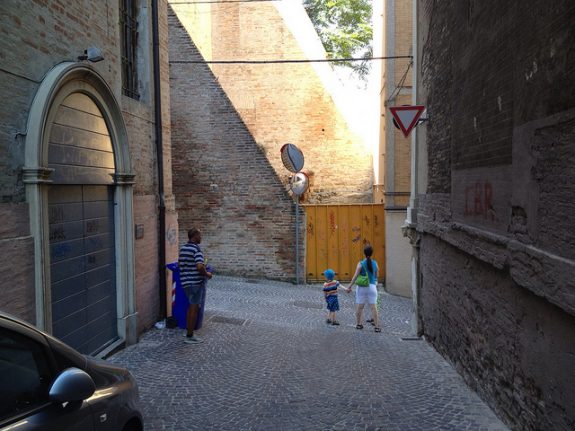 The normally quiet town of Pesaro in the Marche region, where the man was shot. Photo: Peter Leth/Flickr

The brother of a Calabrian mafia informant was gunned down by two assailants on Christmas Day in a brutal execution that has raised questions over the Italian police's ability to protect the families of ex-gang members.

Marcello Bruzzese, 51, was shot multiple times by two men with their faces hidden on Tuesday in the normally tranquil historic centre of the eastern port city of Pesaro, where he lived quietly at the expense of the state.

The killers waited for him near the building where he had lived for three years with his wife and two children. They shot him while he was still inside his car then escaped on foot.

According to police and judicial sources, the victim was under state witness protection because his brother Girolamo Bruzzese, known as “Mommo”, was a former member of the feared 'Ndrangheta — the Calabrian mafia — who had collaborated with Italian authorities.

“Mommo” Bruzzese gave himself up to police in 2003 after he shot the powerful Calabrian mafia boss Teodoro Crea, who he had worked closely with, according to the newspaper Il Fatto Quotidiano.

He then went to the Italian authorities, telling them the clan's secrets including its links with local politicians and businessmen, which had led to arrests.

Crea, the head of one of the most bloodthirsty clans in the Calabrian port town of Gioia Tauro, recovered from his wounds.

The Bruzzese family is no stranger to the mob. The brothers' father was a senior mafia figure and Crea's former right hand man until he was killed in an ambush.

Marcello Bruzzese was a young man at the time and was seriously injured in the attack, which also killed his brother-in-law.

The Christmas Day shooting whipped up criticism of the government’s priorities; especially those of Interior Minister Matteo Salvini, who they accused of being preoccupied with social media. “While the interior minister posted a photo of his meals, a mafia ambush was taking place in Pesaro,” said Pietro Grasso, a senator and respected former anti-mafia magistrate.

“This is a very serious issue,” he added. “The state dedicates fewer and fewer resources to protection programmes.”

Salvini, who is also deputy prime minister, is due to visit Pesaro on Thursday for a security meeting.

The interior minister stirred controversy this year by threatening to lift police protection for the anti-mafia writer Roberto Saviano — one of his most virulent critics — who has lived under armed guard since publishing his mafia best-seller “Gomorrah” in 2006.

Libera, the country's main anti-mafia association, called for an “immediate and firm” response from the government on Bruzzese's killing.

“The fight against the mafias and corruption cannot suffer from grey areas,” it said, adding that informants were crucial to “weaken” the mafia system.