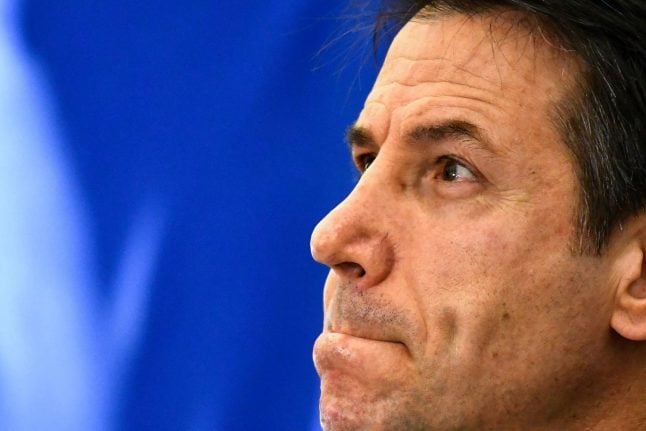 Key measures in the big-spending budget have been watered down as the government tries to avoid being punished by the European Commission and the markets.

Senators passed the draft last week in a vote of confidence that avoided discussing around 700 amendments put forward by the anti-establishment Five Star Movement (M5S) and the anti-immigration League coalition but provoked acrimonious scenes over the lack of substantive debate.

Similar scenes were repeated on Friday in the lower house, where the session was suspended after copies of the budget were thrown around, and the government will again resort to a vote of confidence on Saturday or Sunday.

If next year's budget is not passed before December 31, the government will continue to function on a monthly basis using the 2018 budget.

“There was no deliberate wish by the government to avoid discussion,” Prime Minister Giuseppe Conte told an end of year press conference on Friday as the opposition Democratic Party filed a complaint with the Constitutional Court over the sidelining of parliament.

Conte, a lawyer, is not a member of either of the ruling parties and has worked to achieve compromises between the parties and with Brussels since the government was formed in June.

But Italy last week agreed to reduce the cost of both of its landmark measures, and is now committed to not adding to its colossal two-trillion euro debt load next year.

In the latest hiccup to the tightly balanced revised budget, charities were on Thursday up in arms over a sudden decision to double their tax rate from 12 to 24 percent.

M5S leader and Deputy Prime Minister Luigi Di Maio bore the brunt of criticism as he had said the budget would “end poverty”.

He said there was no time to remove the measure before the end of the year and so the law would have to be changed again in January.

Deputy Prime Minister Matteo Salvini's League has also had to climb down on costly pension reform.

The government has struggled to come up with a budget that pleases their voters, Brussels and the market, with many Italians complaining about measures being watered down to placate the European Commission.

Italy's public debt is a big problem and now sits at a huge 2.3 trillion euros, or 131 percent of Italy's GDP — way above the 60 percent EU ceiling.