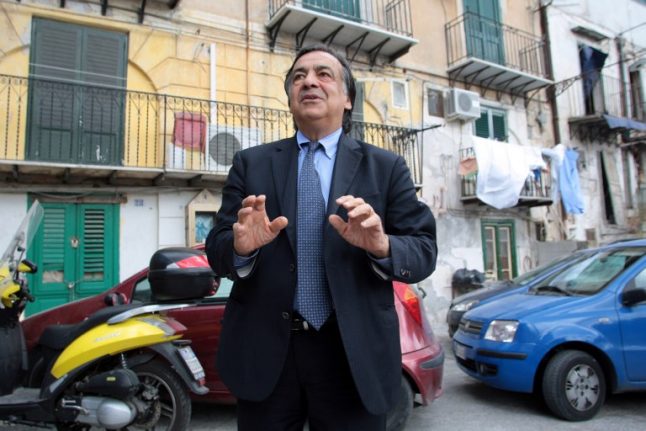 Left wing mayor Orlando argued that the application of Article 13 of Law 132 of the security decree would effectively criminalize certain sections of society. He therefore ordered the suspension of the law in Palermo and informed his registry office to continue to allow everyone to register for residency.

“Ours is not an act of civil disobedience or conscientious objection, but the simple application of the constitutional rights that are guaranteed to all those who live in our country,” Leoluca Orlando, Palermo's mayor, told Repubblica.

Under the new 'decreto sicurezza' (security law) – a set of dozens of new laws governing many aspects of public security as well as migration – migrants will no longer be able to obtain full residency in Italy following short term stays on asylum grounds.

The decree will also put an end to two-year “humanitarian protection” residency permits – a lower level of asylum status based on Italian rather than international law – that were awarded to 25 percent of asylum seekers last year.

Critics of the law, such as Orlando, say it will criminalize certain migrant groups by preventing them from accessing residency and work.

“We are facing a criminal law. There are thousands, hundreds of thousands of people who legally reside in Italy, pay taxes, pay contributions to INPS and in a few weeks or months will be 'without papers' and then illegal, this means incentivizing crime, not fighting it or preventing it,” said Orlando, mayor of Sicily's capital Palermo.

Naples' mayor has said he is also suspending the law in his jurisdiction arguing that inscription at the registry office is “allows people to have rights.”

Italy's interior minister was typically belligerent in his response to Orlando's decision to suspend the application of the security decree.

“With all the problems that exist in Palermo, the leftist mayor thinks about creating “disobedience” on the subject of migrants,” tweeted Salvini.

“The abolition of humanitarian protection will put thousands of people outside the law and only a very few can be repatriated,” the Italian Refugee Council said recently in a statement about the new security decree.

Orlando however is not the first mayor of a southern Italian city to fall out with Salvini, leader of the far-right League party.

Domenico Lucano, the former mayor of Calabrian town Riace that built a successful economic growth model welcoming migrants, is currently under house arrest and has been the target of Salvini verbal attacks.

The mayors of Naples, Messina and Reggio Calabria have all clashed with Salvini too on the topic of whether to open or close their ports to new sea arrivals from north Africa.

READ MORE: Matteo Salvini: Who is the firebrand politician shaking up Italian politics?