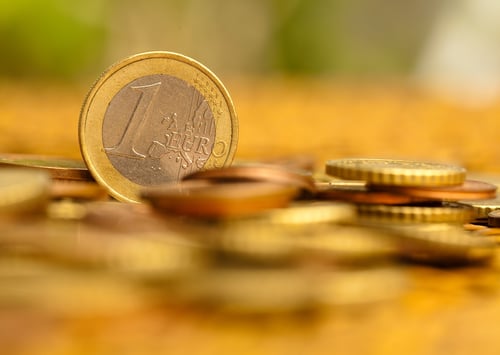 The figures are from June-September, before the government’s controversial budget was announced.

The improvement came despite market apprehension over the election promises of the populist government which came to power in June and a subsequent standoff with Brussels over its big-spending budget plans.

Italy's deficit for the first nine months of 2018 was 1.9 percent, a marked improvement on the 2.6 percent for the same period in 2017, statistics agency ISTAT said.

The amount Italy has had to pay in interest on its massive public debt has risen sharply, gaining 12 percent or 1.7 billion euros since the coalition of the Five Star Movement and the League took over from the previous centre-left government.

Rome's cost of borrowing is expected to have continued to rise in the fourth quarter of 2018 because of the standoff with the European Commission over the 2019 budget that spooked markets.

The Italian government eventually agreed to water down some key budget measures, reducing the 2019 deficit forecast from 2.4 percent to 2.04 percent of GDP.

That target is nevertheless much less ambitious than the previous government's estimate of 1.6 percent in 2018, 0.8 percent in 2019 and a balance in 2020.