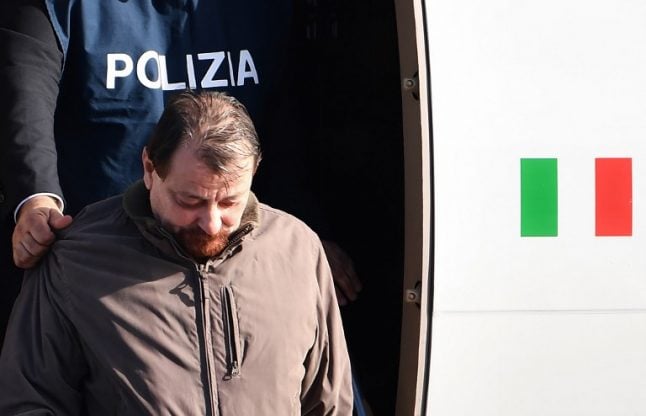 Former left-wing militant Cesare Battisti, who was extradited to Italy on Monday, is to serve out the rest of his life sentence after being convicted in 1981 of two murders and involvement in two others.

Battisti, 64, has admitted to being part of the Armed Proletarians for Communism (PAC), a radical group which staged a string of robberies and attacks, but has always denied responsibility for any deaths, painting himself as a political refugee.

Here are the details of the victims he was convicted of killing or helping to kill.

On February 16th, 1979, PAC militants shot dead Pier Luigi Torregiani at his Milan jeweller's shop in front of his teenaged son Alberto, who was wounded and paralysed in the shootout.

“Now the victims can rest in peace,” Alberto said on learning of Battisti's extradition.

Battisti was convicted of organising the killing, carried out after the jeweller killed a militant in self defence during a previous robbery.

On the same day, Battisti was an accomplice in the PAC murder of butcher and far-right militant Lino Sabbadin, 45, in Mestre, near Venice. The motive was the same as for the Torregiani killing: Sabbadin had killed a militant during an attempted robbery in 1978.

“I've waited 40 years for this moment,” said his son Adriano, aged 17 at the time of the attack, on learning of the extradition.

“Andrea was a driver, not an investigator… They came from behind and shot him in the back of the head,” his brother Maurizio told La Repubblica newspaper.

Battisti was convicted of firing the bullet that killed Campagna, accused by the Marxists of torturing prisoners.