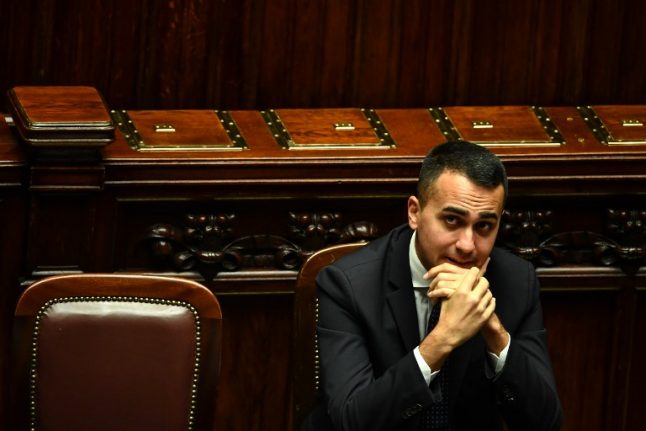 Deputy Prime Minister Luigi Di Maio repeated his view that French policy in Africa was a cause of poverty and migration, hours after France summoned the Italian ambassador to Paris to protest his assertions.

“France is one of those countries that, by printing money for 14 African states, prevents their economic development and contributes to the fact that the refugees leave and then die in the sea or arrive on our coasts,” EDi Maio told reporters, echoing the views of many left-wing activists.

Di Maio was referring to the CFA franc. The currency is used in 14 west and central African nations and tied to the euro at a fixed exchange rate, with the peg guaranteed by France.

Di Maio, who leads the populist Five Star Movement (M5S), said the European Union should “address the question of the decolonisation of Africa”, accusing France of still treating a number of African countries like colonies.

France yesterday summoned Italy's ambassador to protest what it called the “unacceptable and groundless” comments by Di Maio on Sunday, a source in the cabinet of France's Europe Minister Natalie Loiseau told AFP on condition of anonymity.

Di Mao’s series of incendiary remarks on the topic are the latest sign of serious tensions between the populist government in Rome and France's centrist leader Emmanuel Macron.

“The EU should sanction France and all countries like France that impoverish Africa and make these people leave, because Africans should be in Africa, not at the bottom of the Mediterranean,” Di Maio had said.

“If people are leaving today it's because European countries, France above all, have never stopped colonising dozens of African countries,” he added.

Responding to the summoning of his Paris ambassador, Di Maio dismissed the idea of a “diplomatic incident” between the two countries.

“If Europe wants to be brave, it must have the courage to confront the issue of decolonisation in Africa.”

After making comments criticising the Italian government and its approach to immigration last year, Macron and the French government have since largely avoided entering into a war of words with Rome.

The Italian government recently backed “yellow vest” protesters who have been demonstrating against Macron's government since November.

Interior Minister Matteo Salvini has repeatedly lashed out at France over migration since the Italian government, a coalition of two populist parties, came to power last year.

The International Organization for Migration said at the weekend that more than 100 people were feared missing after a boat carrying migrants capsized off the coast of Libya.

Italy has closed its ports to rescue boats operated by charities in the Mediterranean under a new hardline approach to immigration.