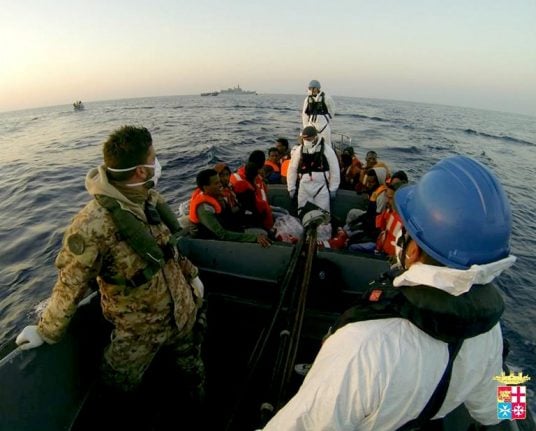 “Operation Sophia was a success story,” the European Union's migration commissioner Dimitris Avramopoulos told a press conference in Brussels. He credited the mission with having stopped smugglers taking migrants on dangerous sea crossings. The Greek commissioner said member countries are discussing how to extend the mission beyond March 31st, when its temporary mandate expires.

“If Italy decides — since it is the country in command of operation Sophia — to stop it, it is up to Italy to take this decision,” Avramopoulos said.

The anti-migration government that took power in Rome last year has insisted it should not have to carry the burden of dealing with migrants rescued at sea.

In demanding other EU states take in more, Rome has blocked non-government organisations from disembarking migrants rescued at sea in Italian ports. Nor does it want naval ships participating in Operation Sophia to automatically disembark migrants they rescue in Italian ports.

“Either the rules change, or it is the end of the mission,” Italy's hardline interior minister Matteo Salvini tweeted on Wednesday.

Efforts to adjust Operation Sophia have beached on the broader question of how to reform the EU's so-called Dublin asylum rules, which stipulate that the country of first arrival must process asylum seekers.

EU diplomatic chief Federica Mogherini has warned the consequences of ending the mission would be significant.

EU cooperation with Libya has been credited with sharply reducing the number of migrants arriving in Europe from a 2015 peak when the continent faced its worst migration crisis since World War II.

Avramopoulos and German officials, meanwhile, warned against misinterpreting Berlin's decision to withdraw the German frigate Augsburg next month. A Germany defence ministry official said Berlin would “continue to participate in and support” Sophia.