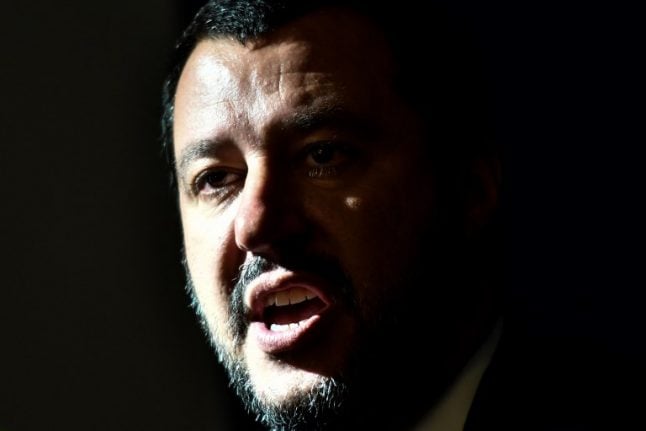 The case concerns the stand-off over the Diciotti, which was left in limbo for ten days in August after taking onboard more than 150 people, including children, who Salvini refused permission to land in Italy. The ship was eventually allowed to disembark in Sicily only after the Catholic Church had brokered a deal with Ireland and Albania to take the migrants in.

Shortly afterwards Sicilian prosecutors opened an investigation into the interior minister for suspected “illegal confinement, illegal arrest and abuse of power“, only to recommend in November that the case be dropped.

Yet this week a special tribunal in Catania overturned that recommendation, ruling that Salvini could indeed stand trial. “They're trying again,” Salvini tweeted in a defiant response on Thursday.

“I could face between three and five years in prison for having stopped illegal migrants landing in Italy. I'm speechless. Fear? Zero. I'll continue to work to defend my country's borders and Italians' safety!”

The tribunal's decision does not mean that a trial is certain: the matter now goes to the Italian Senate, which has the deciding say on whether members of Italy's government should face prosecution.

Salvini can almost certainly count on the support of the 58 senators from his League party, of which he is head, but the backing of the Five Star Movement – the League's partner in government – is not guaranteed. The Movement, which has 107 senators of a total of 315, has always said that any politician convicted or even investigated for a crime should immediately resign.

Yet with opinion polls showing Salvini's approval rating rising as his own falters, Five Star Movement leader Luigi Di Maio – who alongside Salvini is Italy's deputy prime minister – may decide it's more expedient to compromise, even on one of the party's founding principles.

Salvini's defiance drew support from his many followers on social media, with the hashtag #SalviniNonMollare (“Don't give up, Salvini”) becoming one of Twitter's most tweeted on Thursday. The minister's anti-immigration allies across Europe joined the trend, with messages of approval from the leader of the Dutch far-right Party for Freedom, Geert Wilders, and MP Anders Vistisen of the populist Danish People's Party, among others.

The ruling by the special tribunal, which is responsible for reviewing cases involving government ministers, focussed on the fact that the Diciotti had unaccompanied children aboard. Italy's laws state that the country cannot refuse entry outright to unaccompanied minors, yet Salvini denied them permission to land despite being aware of their presence, the judges said.

Some 30 children were eventually allowed to get off the ship three days before the adults, after Salvini relented to pressure from the special prosecutor for minors in Catania.