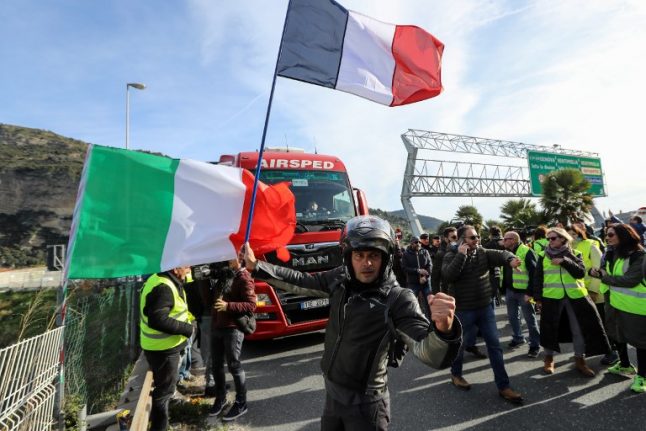 While ordinary citizens still hop back and forth on holidays, official relations across the Alps are icy. Tension has been building for weeks, with small jibes leading to boorish accusations and finally to blunt insults, effectively killing off political and diplomatic dialogue, according to Nathalie Loiseau, France's European Affairs Minister. The neighbours have often had turbulent relations, but the climate has seriously deteriorated since Western Europe's first populist government came to power in June in Italy, a founding member of the European Union.

“It's the French who started to dislike Italians,” insists Milan newspaper vendor Maria Rosaria Varella, 54. “For Europeans, we are pizza, mandolins and mafia, and that's it. They think we are superficial,” she complained.

A member of Salvini's League party, she admitted: “We think the French are a bit arrogant. You can see it in football.”

At the World Cup final last summer, Italians overwhelmingly backed Croatia. The joke doing the rounds on social media in Italy was that the only country supporting France was France. And while retired France midfielder Emmanuel Petit called his own people “arrogant, smug, lying and hypocritical”, Italy's populist leaders appear to wholeheartedly agree.

Twice the French ambassador to Rome, Christian Masset, has been summoned — and both times it was to be given an earful over the hottest issue in Italy today: migration. Of all the European countries accused of turning a blind eye to a migration crisis — which saw tens of thousands of people land in Italy — Paris's perceived betrayal has hit the hardest.

France's signing of a new friendship treaty with Germany this month to strengthen their alliance in the face of growing populism in the EU rubbed salt in the wound. Salvini, who is also interior minister, has made no bones about his disdain for France's centrist leader Emmanuel Macron, saying he hopes the French will soon free themselves of a “terrible president”.

It was France's turn to summon Italy's ambassador after Salvini's fellow Deputy Prime Minister Luigi Di Maio accused Paris of continuing to colonise Africa and causing people to migrate from the continent.

Macron said on Sunday he would not be baited by the populist leaders because their words are of “no interest”. Loiseau said France refused to be drawn into a “stupidity contest” with Italy, but working meetings and trips were out for now.

“France is perceived in a very emotional way as having contempt for Italy, and more than that, as having abandoned it,” international relations expert Dominique Moïsi wrote in an article published last week.

There may not be economic fallout from the row, yet, but since France is Italy's second largest export market, business leaders are jittery.

“There's no problem, no anti-French feeling,” but “we hope they tone it down”, says Licia Mattioli, vice president of Italy's business lobby Confindustria.

Salvini and Di Maio are “determined to make Paris the enemy ahead of European parliamentary elections in May”, the Messaggero daily noted last week.

There are those on both sides of the Alps who say Italy risks isolating itself.

But Salvini may be betting on Macron losing out to far-right National Rally leader Marine Le Pen. Salvini and Le Pen have joined forces on a campaign for the European elections in May, and victory there could mean a brand new romance between Paris and Rome.