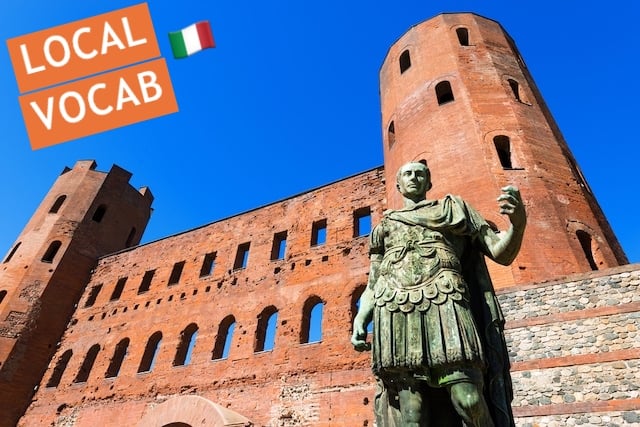 The ruins of the Roman Palatine Towers in Turin. Photo: DepositPhotos

Rome is no longer the only Italian city with a birthday. And while the founding of the capital – supposedly on April 21st, 753 BC – is shrouded in legend, researchers relied on science to identify the date that Turin was built.

According to a new study, Ancient Romans founded what would become the north-western city on January 30th, 9 BC.

That conclusion required some scientific, archaeological and historical detective work. Researchers started from the premise that Romans planned their settlements around a main road running in a straight line from east to west, known as the decumanus maximus.

In Turin's case that road is the present-day Via Garibaldi, which still follows the path that Romans calculated using the rising sun. The line allowed researchers at Italy's National Institute for Astrophysics and the Herakles Archaeological Studies Centre to work out at which angle the Sun must have risen when the decumanus was mapped out.

They then used what we know about the movements of the Sun to calculate on which days it would have been at just the right angle.

They narrowed it down to two periods per year: January 30th, or November 12-13th. But January 30th stood out as a significant date for the emperor at the time, Augustus, who was celebrating peace after victory in his wars in the Alps and beyond. He established a celebration of the Roman goddess of peace, Pax, on January 30th.

The researchers found other evidence to support the case for January 30th, such as references to other astronomical events that would have occurred around that time in the architecture of the ancient city. January 30th only became a significant date for the Romans when Augustus established the feast of Pax in 13 BC – in which case it would follow that Turin was only founded after that point. The researchers say that 9 BC, the year when the festival was widely celebrated for the first time in Rome and its provinces, and when a monumental arch was inaugurated in Susa, near Turin, as a symbol of friendship between the region's Celtic tribes and Rome, is the most likely candidate.

“For a series of very particular historical and contextual conditions it was therefore possible to trace with sufficient accuracy the day and the year of foundation of the city,” they write: if their theory is correct, Turin began life as the Roman colony of Julia Augusta Taurinorum exactly 2,028 years ago today.

That would actually make it slightly younger than other historical accounts have put it by around 20 years – but then again, earlier civilisations were probably living in the area long before the Romans arrived. in a straight line – in linea retta