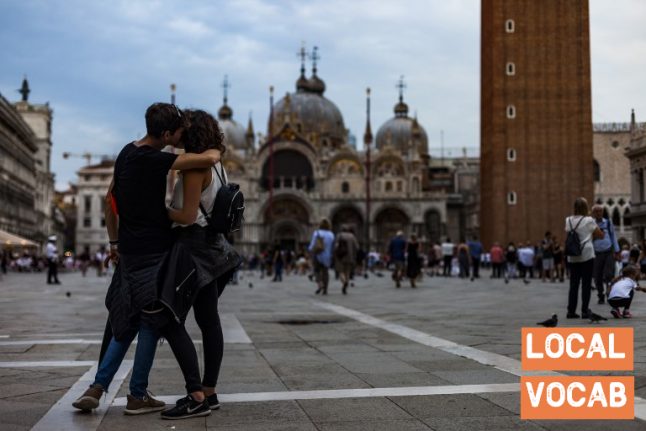 If you want to see Venice, you'll have to pay. Photo: Laurent Emmanuel/AFP

The move follows on from the lagoon city's decision to introduce an entry fee for tourists, which will start this year at a flat rate of €3.

Ultimately Venice will charge visitors €3 in low season, €6 most of the year, €8 in high season and €10 on days of exceptional overcrowding, the city council announced on Monday, and by 2022 they hope to get people reserving an entry ticket in advance.

“It's the only way to count the number of people visiting Venice,” Mayor Luigi Brugnaro said. “No one will be denied access, but it will be more complicated for those who don't book.” The city has already installed turnstiles in its most crowded areas. Photo: Andrea Pattaro/AFP

The aim is to manage the millions of tourists who pack into Venice year round, putting strain on the historic centre and locals' patience alike. As priced-out, fed-up residents move away, on any given day it's common for the city to contain more visitors than locals.

The entry fee is unlikely to prompt anyone to cancel their trip, but it will provide funds to help pay for extra maintenance and security.

The fee, which the city's council calls a “landing contribution“, will apply throughout Venice and the islands of the Venetian lagoon from May 1st, 2019. Those living, working or studying in the city will not have to pay.

From 2020, the council plans to introduce further exceptions for visitors staying overnight – who already pay a “tourist tax” collected by their accommodation – and those who buy a Venezia Unica combined public transport and attraction entry pass. Children under 7, people with disabilities, relatives of residents, second-home owners, people who live elsewhere in the Veneto region and members of the armed forces are expected to be exempt from next year too.

The council is also considering exempting people born in Venice but no longer resident there, as well as visitors arriving by bus or coach, who have to pay a separate congestion charge to enter the restricted-traffic zone surrounding the historic centre.

Those who don't pay but should will face fines of €100 to €400, though Brugnaro promised that enforcement would not be “invasive”. “We don't intend to militarize the city,” he said.

The mayor also insisted that the reason for charging visitors, who already complain of elevated prices in Venetian shops and restaurants, was not greed. “We're not here to make money, but to make the city more liveable,” Brugnaro said.

Not everyone agrees with his reasoning. Italy's Tourism Minister Gian Marco Centinaio  on Tuesday called the entry fee “useless and damaging”.

“Do we want to become a tourist-repelling country?” he asked. andare via – to move away