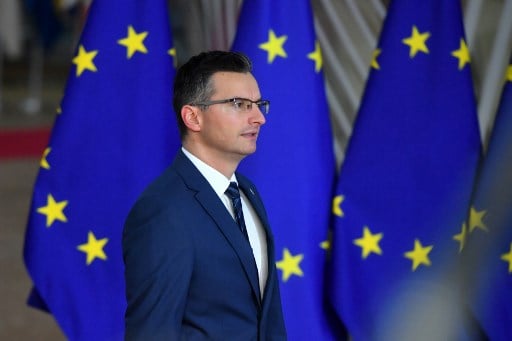 European Parliament president Antonio Tajani and Italy's Interior Minister Matteo Salvini were accused of “historical revisionism” after speaking at the event on Sunday at Basovizza, near the Slovenian border, close to where many of the victims were killed by Tito's Yugoslav partisans.

The victims were often thrown alive into deep sinkholes known as “foibe”.

“There are no first- or second-class martyrs,” he said.

“It's unprecedented historical revisionism. Fascism was a fact and its objective was destroying the Slovenian people,” Slovenian Prime Minister Marjan Sarec said in a tweet on Monday.

Speaking at the same event as Salvini on Sunday, Tajani had said “thousands of innocent victims (were) killed for being Italians… by soldiers wearing a red star on their heads.”

He ended his speech by saying “Long live Italian Istria, long live Italian Dalmatia”, referring to what had been Italian territories between the two world wars and which are today part of Slovenia and Croatia. During Monday's session of the European Parliament, Tajani said: “I'm sorry if the meaning of my words was misinterpreted. It wasn't my intention to offend anybody.”

He said his reference to “Italian” Istria and Dalmatia “was in no way a territorial claim”.

“I was referring to Istrian and Dalmatian Italian-speaking exiles, their children and grandchildren, many of whom were present at the ceremony,” he went on.

The massacres have long been a source of contention between Italy and Slovenia.

The two countries disagree on the total number of victims of the killings, with figures ranging from the hundreds to over 10,000.

The memory of the killings has also been controversial within Italy.

In the decades after the war Italy's attempts to turn the page on its Fascist history, and the crimes committed by its own forces in Yugoslavia, meant that the foibe massacres were largely commemorated only by the far-right.

It was only in 2004 that the rightwing government of Prime Minister Silvio Berlusconi initiated a national day of remembrance for the massacres.