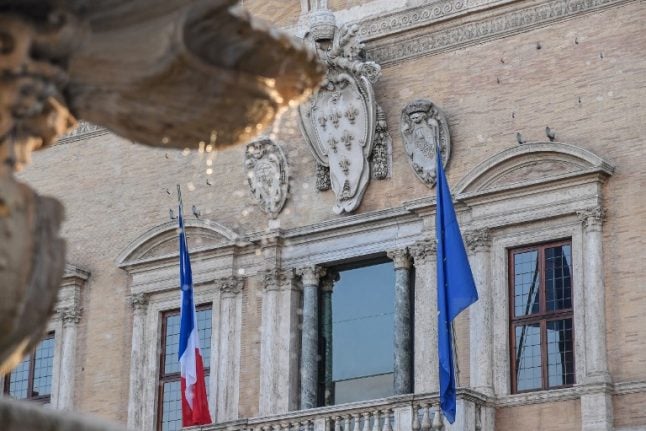 Will the ambassador soon return to France's embassy in Rome? Photo: Tiziana Fabi/AFP

“Today I can tell you that our ambassador will return very soon,” Le Drian told Italy's Corriere della Sera daily.

The deputy prime minister, who is also minister of economic development, “met someone who has called for armed insurrection and for the intervention of the army”, said Le Drian.

Di Maio has said that he met the 'yellow vests' as leader of the anti-establishment Five Star Movement rather than as minister. He said the aim was to prepare a common front for European Parliament elections in May, while boasting on Twitter that “the wind of change has crossed the Alps”.

But Le Drian described the provocative encounter as “a public meeting between someone who has called for armed insurrection and a member of the Italian government, without respecting the most basic norms between European partners.”