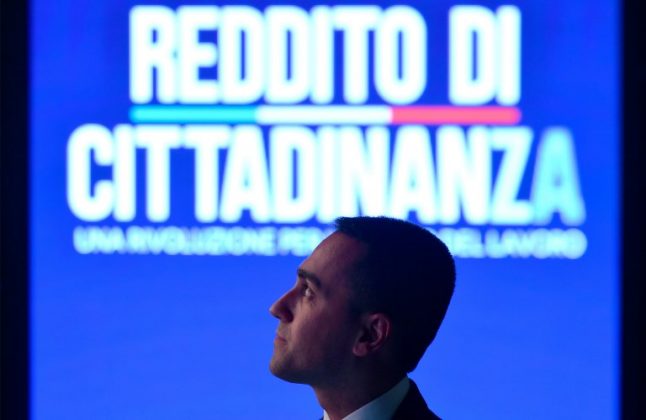 The amendment, put forward by the League party and approved by the Senate Labour Committee on Wednesday, requires non-EU citizens to produce official documentation stating what income or assets they hold, if any, in their country of birth. These documents must then be translated into Italian and approved by the Italian consulate in that country.

Italians and other EU nationals, meanwhile, need only produce documentation from Italy to apply for income support of up to €780 per month. The scheme, one of the Five Star Movement's key promises before coming to power with the League last June, is open to anyone with a household income of less than €9,360 per year who signs a form declaring themselves immediately available for work. The Ministry of Labour plans to make exceptions to the new rules for refugees and people from certain countries where obtaining a certificate is judged impossible. It will finalize the list of exempt countries in the next three months.

The anti-immigration League made restricting access to the so-called “citizens' income” for foreign residents one of its conditions of signing off on the scheme.

The party came in for criticism last year when one of its local councils in the city of Lodi declared that non-EU families had to produce similar proof of overseas income in order to qualify for subsidies for school lunches and the school bus, resulting in several children losing access to the services. Members of the Five Star Movement joined the chorus of condemnation and a court subsequently overturned the policy as “direct discrimination”. Expected to cost some €10 billion in its first year, the citizens' income is the most ambitious project in the big-spending budget that drew Italy into conflict with Brussels over the EU's financial rules. In spite of criticism from European regulators and within the ranks of its own coalition partner, the Five Star Movement (M5S) remained determined to pass the measure, which it says will help alleviate ‘emergency' levels of poverty in Italy.

Other amendments passed on Wednesday include another League condition that couples who separated or divorced after September 1st, 2018 – around the time the citizens' income scheme began to take shape – must produce a special police certificate to prove that they're no longer living together, in order to prevent people applying fraudulently as two households instead of one.